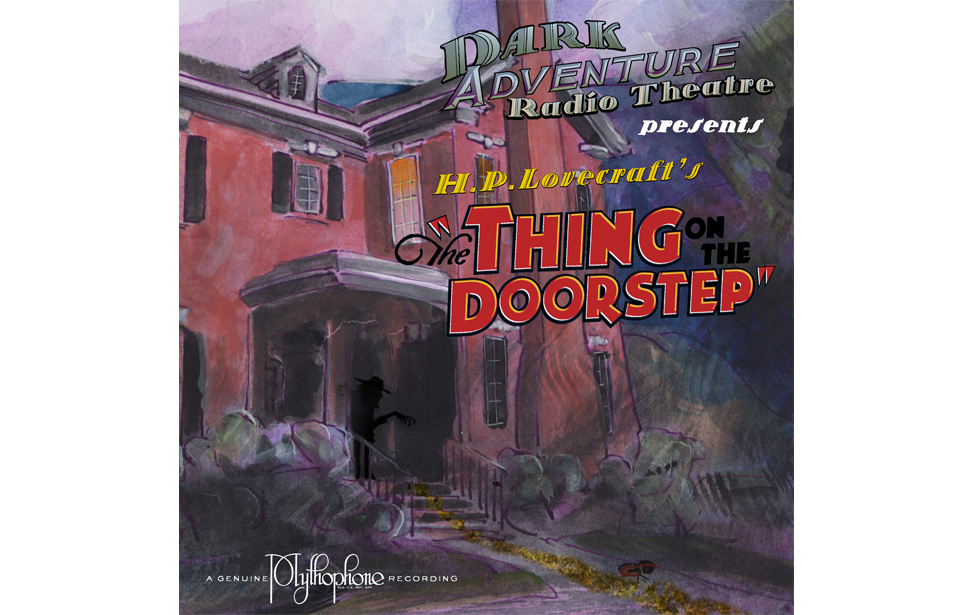 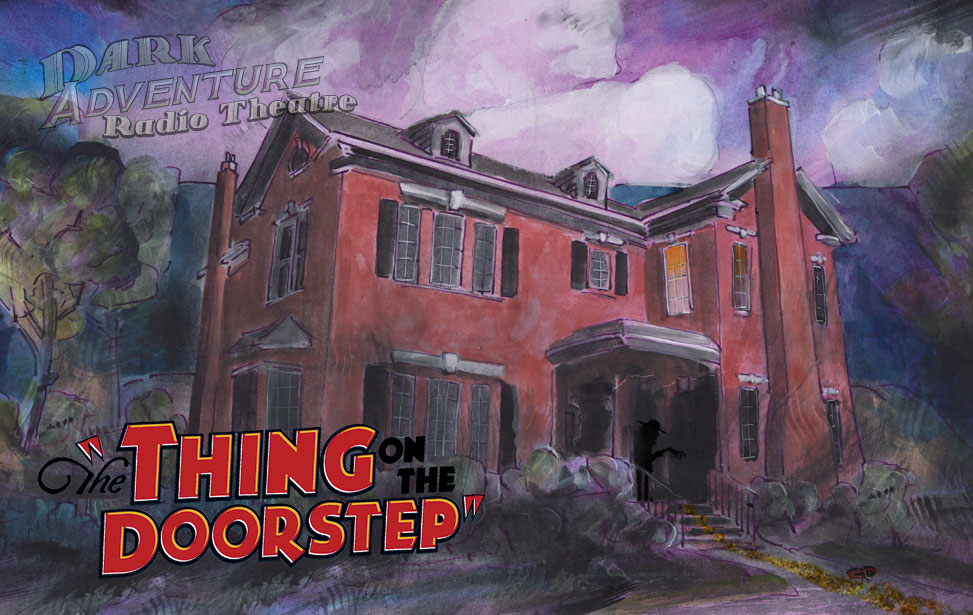 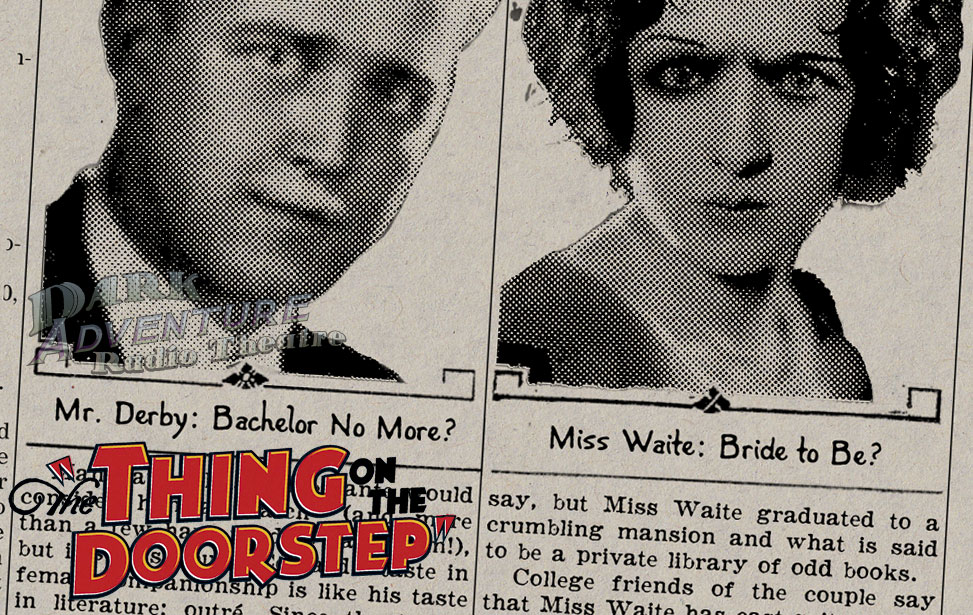 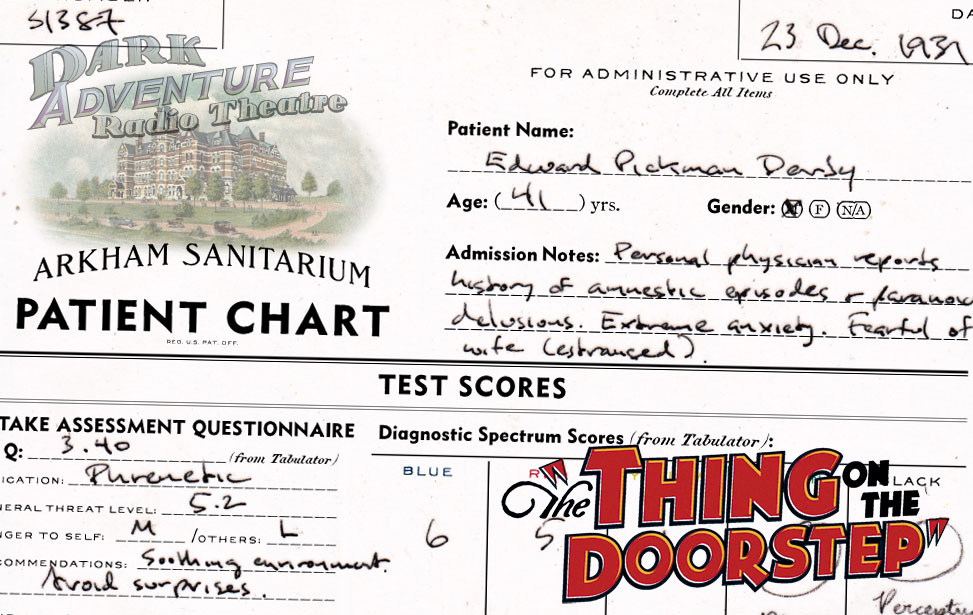 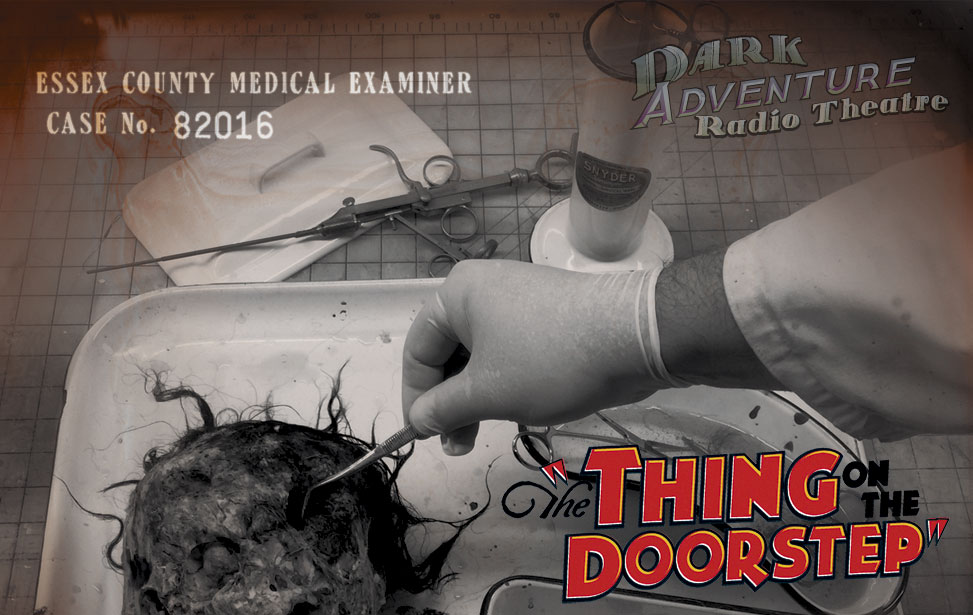 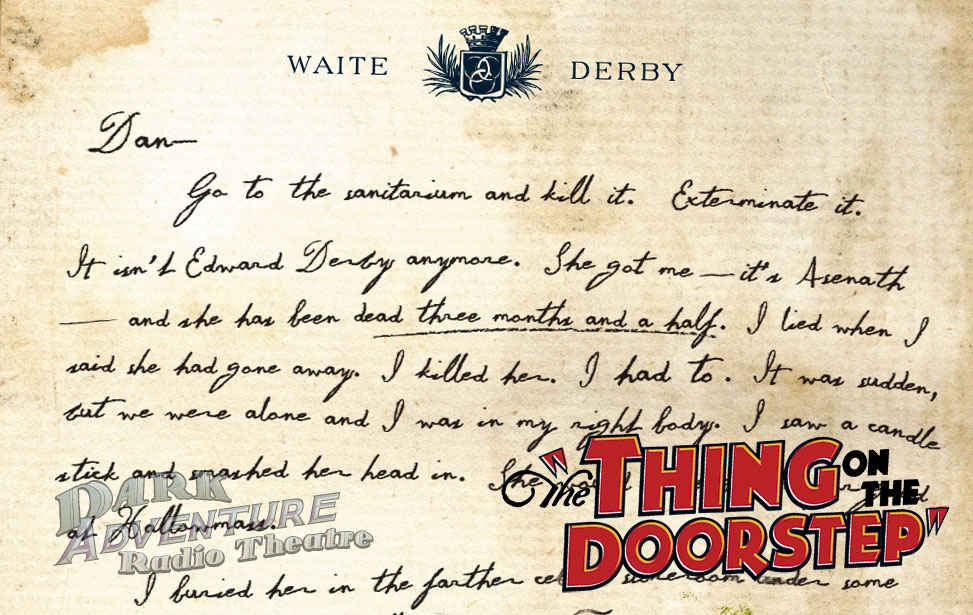 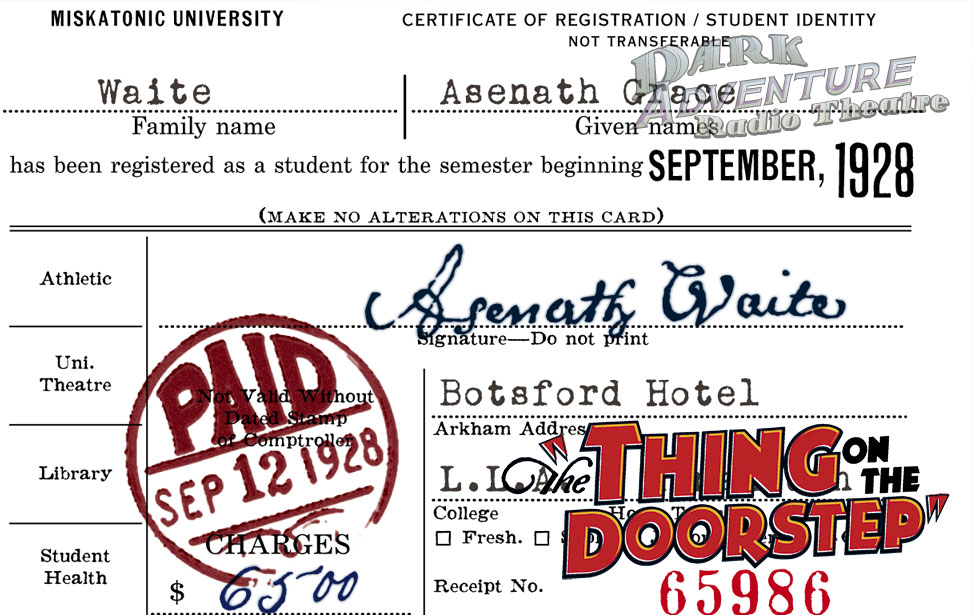 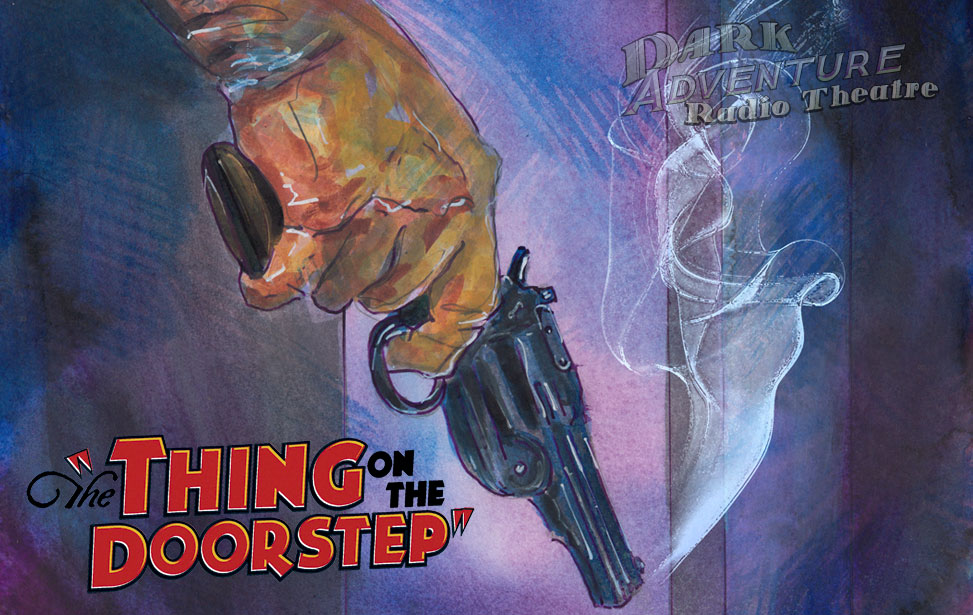 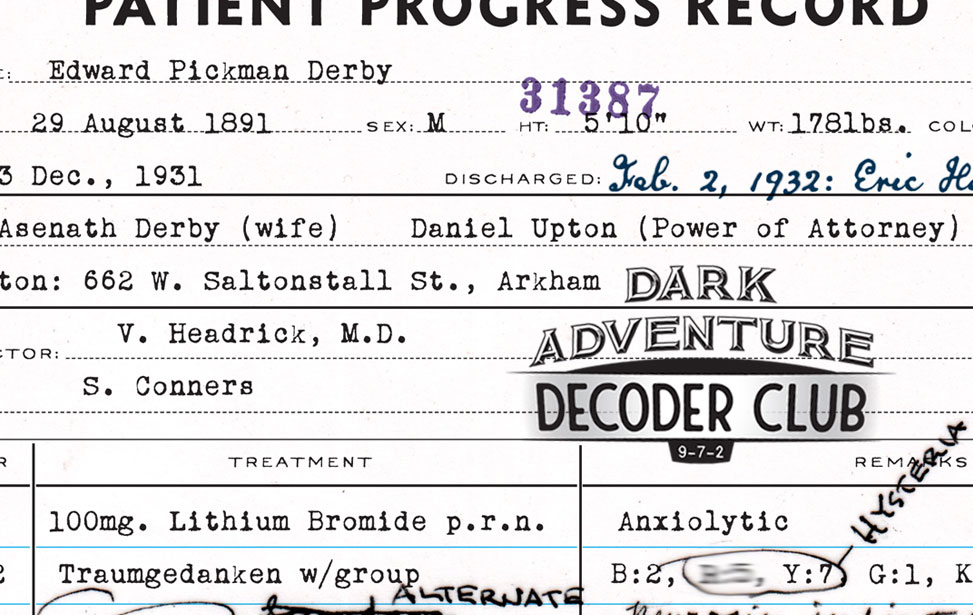 The Thing on the Doorstep

“She hasn't done anything drastic yet, Dan, but she might. I mean she could. She will.”

In Lovecraft's only story to prominently feature a female character, Daniel Upton stands charged with the brutal murder of his best friend, the sensitive poet Edward Derby. Was the crime an act of greed, jealousy, or madness? Or did Edward's wife, the mysterious Asenath Waite, put to use her rumored occult powers? Was it a crime carried out by a ruthless fiend, or was the killer just another victim of a supreme evil that lurks unseen among us?

To enhance your listening pleasure and take you deeper into the story, we are planning bonus prop documents. The CD version of the episode will come with these fun props:

For your enjoyment, we present free PDF downloads of the final recording script and liner notes of The Thing on the Doorstep. Note: this script is only for use for reading along with Dark Adventure Radio Theatre; no performance of the script may be made without written consent of the HPLHS. 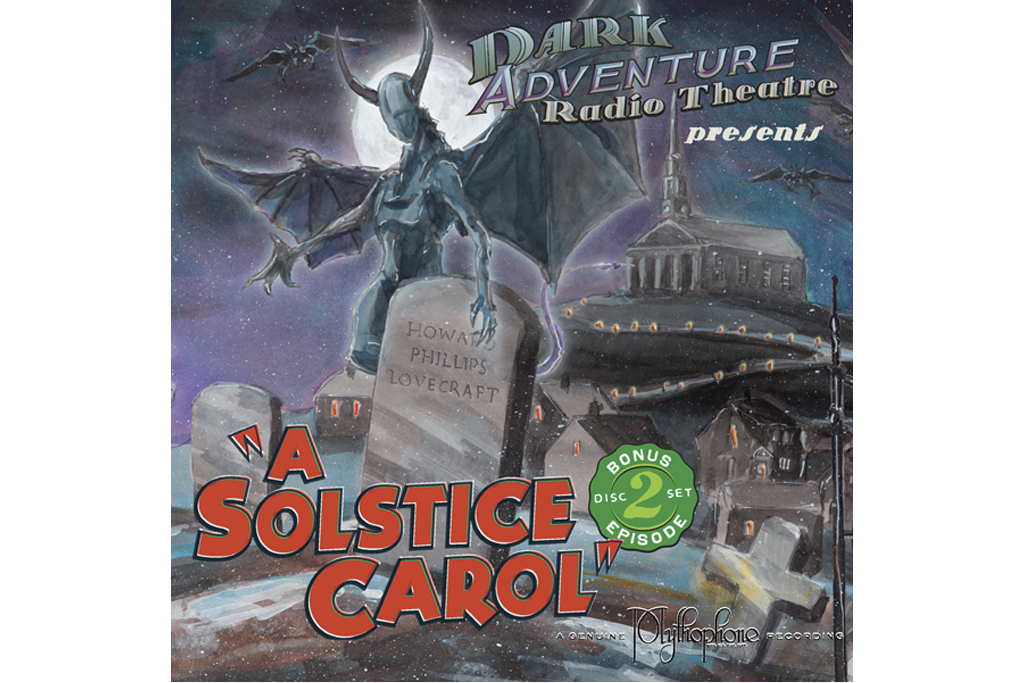 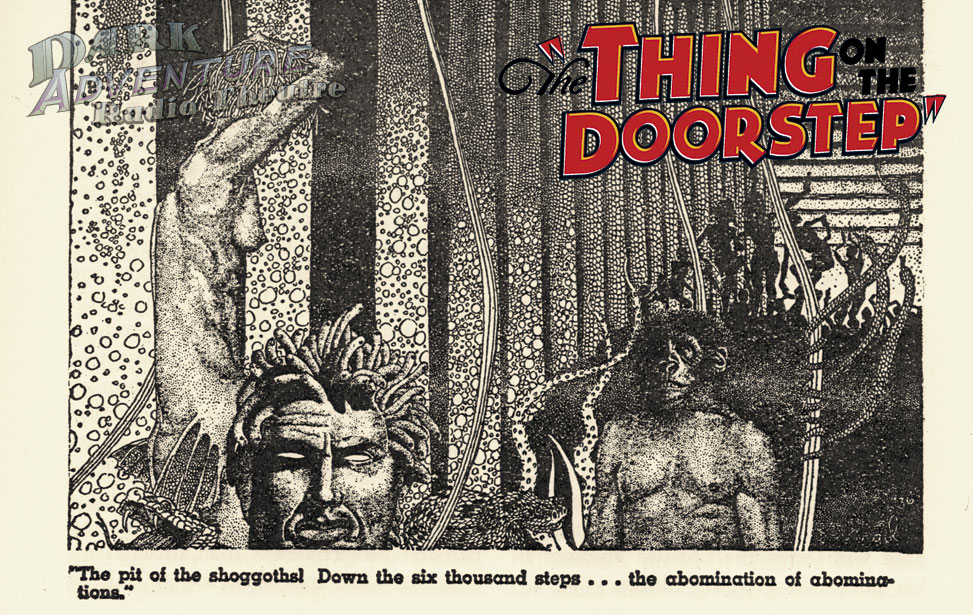 Liner Notes
The Thing on the Doorstep