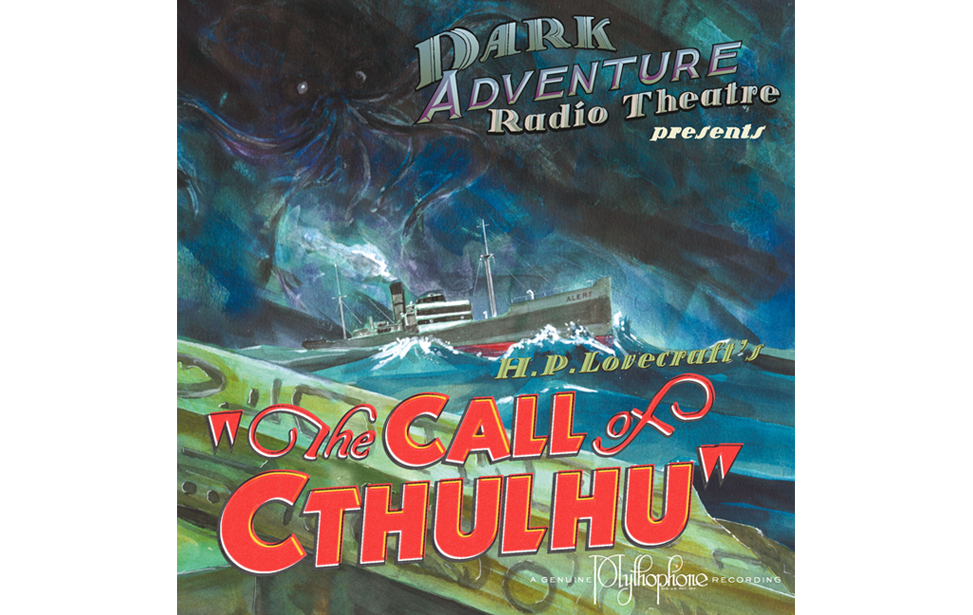 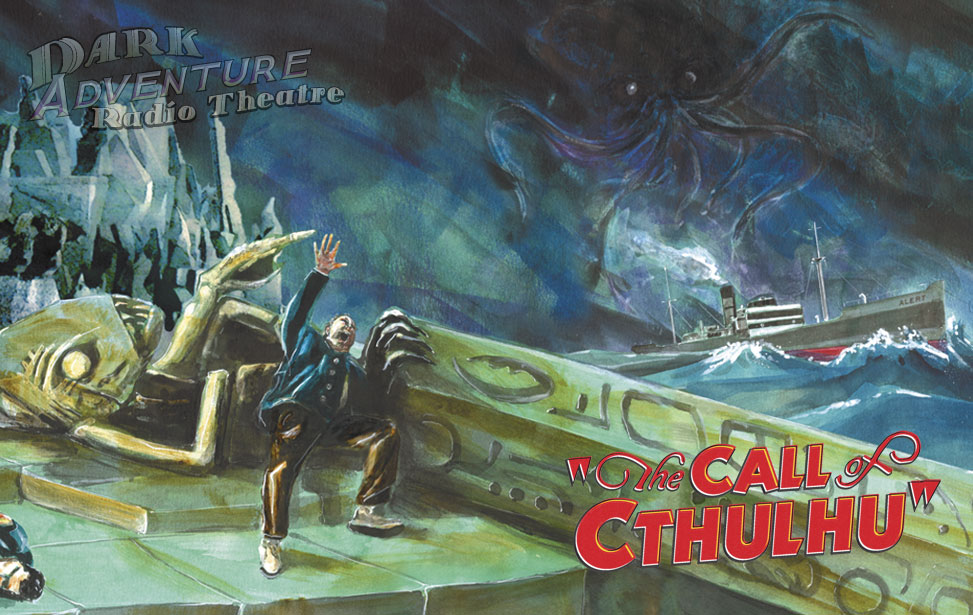 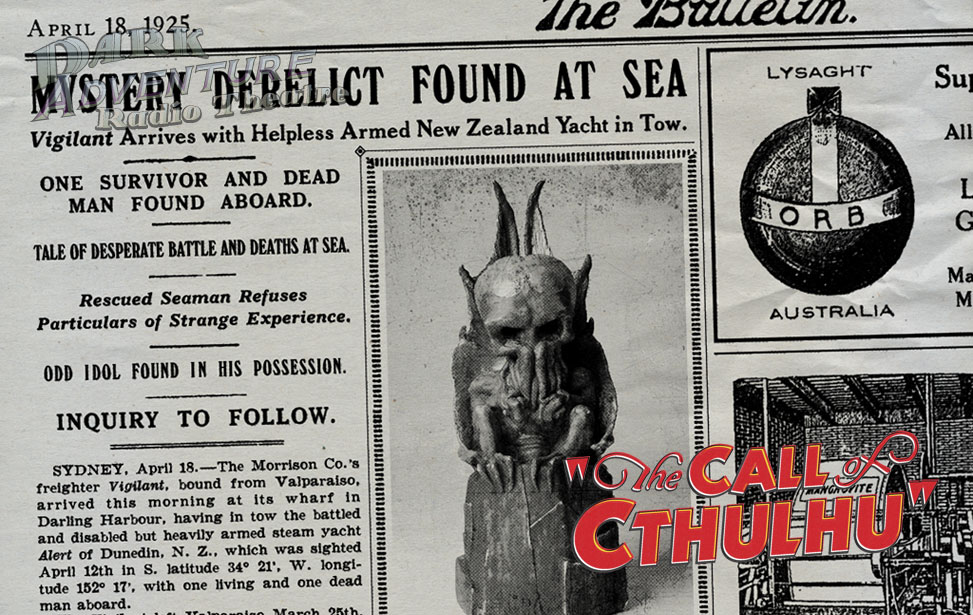 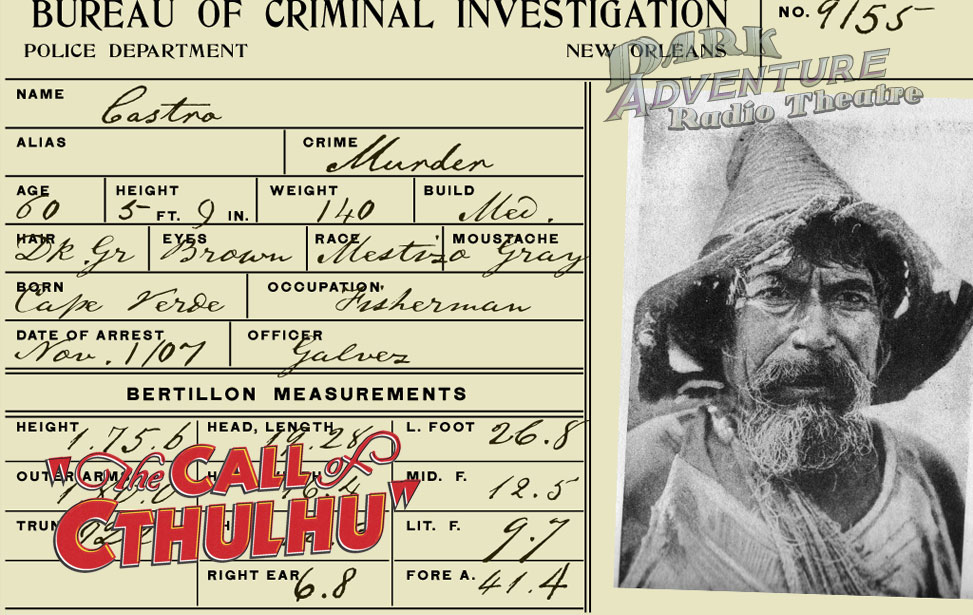 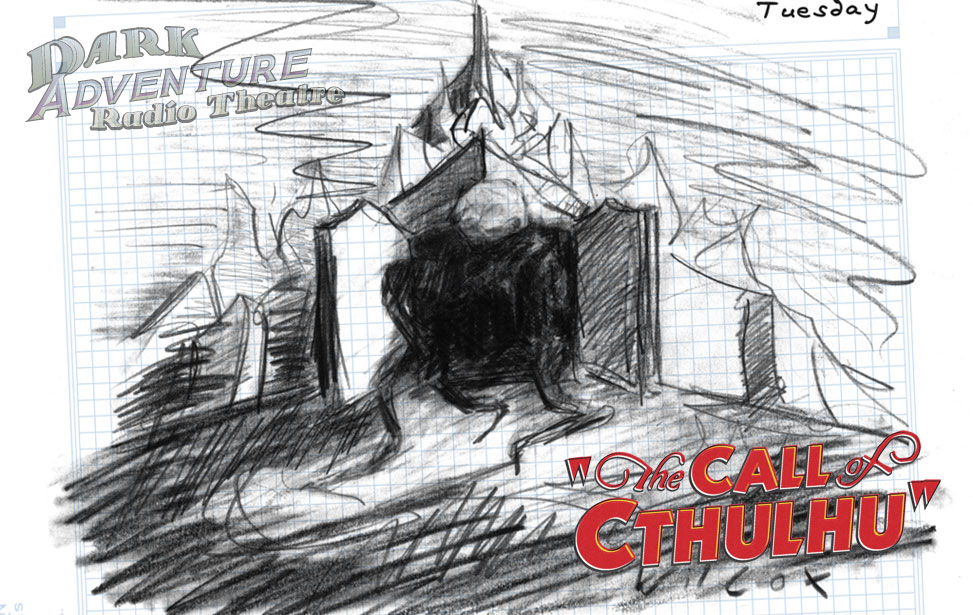 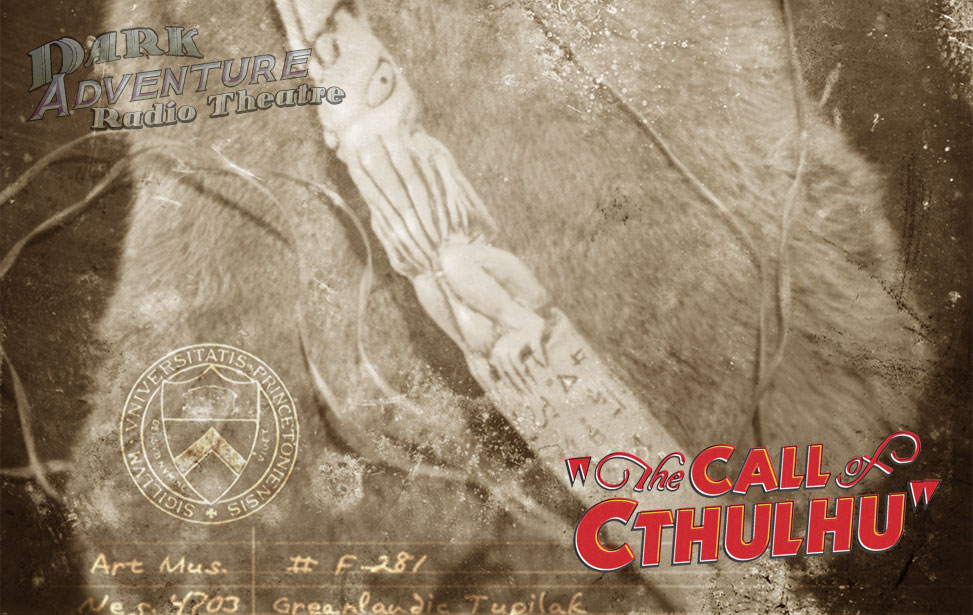 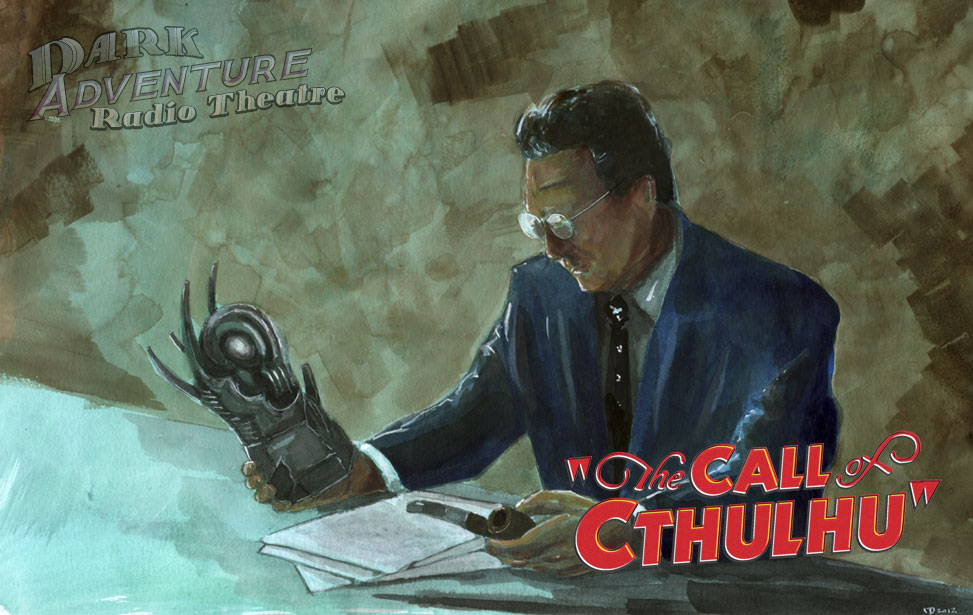 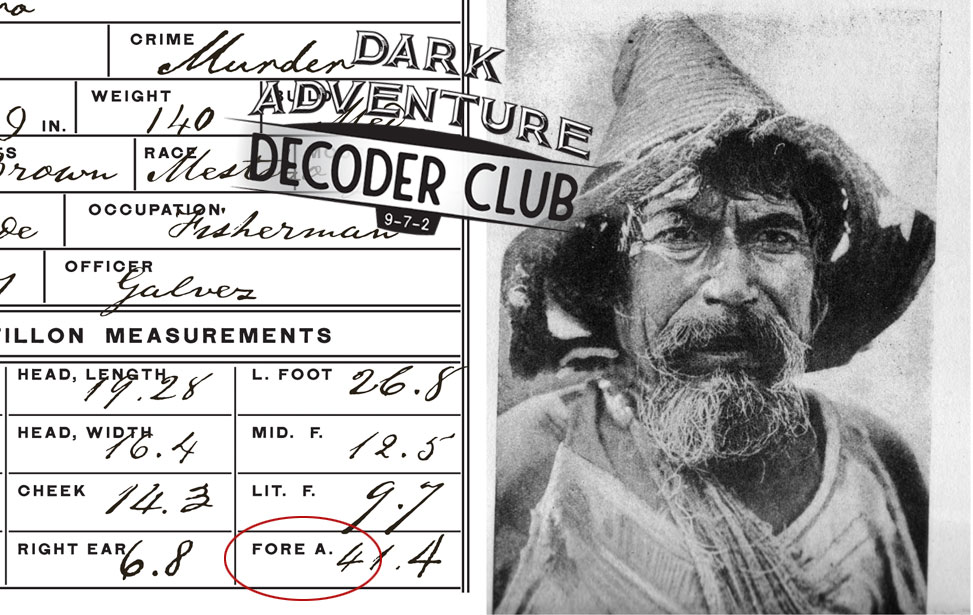 The Call of Cthulhu

A young artist has dreams of a Cyclopean city from beneath the waves, and when he seeks out a wise professor for help, he unlocks years' worth of hidden horrors. A police inspector confronts depraved cultists in the swamps of Louisiana, and finds a hideous idol of an otherworldly god. Sailors adrift in the south Pacific encounter ageless cosmic evil on an island that should not be. And the chronicler of these events dies under mysterious circumstances in Boston.

The Call of Cthulhu is Lovecraft's most famous and influential tale, having inspired generations of writers and artists, gamers and musicians, and dreamers of all kinds. It inspired the classic role-playing game that introduced most of the founders of the HPLHS to the Mythos, and it inspired our 1920s-style film version of the same tale. The radio version allows us to bring you scenes that were omitted from the movie, and add a new dimension to the classic story. Our old-time radio adaptation features a cast of professional actors, exciting sound effects and music by Troy Sterling Nies.

To enhance your listening pleasure, the HPLHS has packed the jewel case for The Call of Cthulhu with carefully created props from the story. You'll have

The music in this episode of Dark Adventure was originally composed by Troy Sterling Nies for the HPLHS motion picture The Call of Cthulhu. The soundtrack album, which contains all those cues plus additional music from the film, is available here. 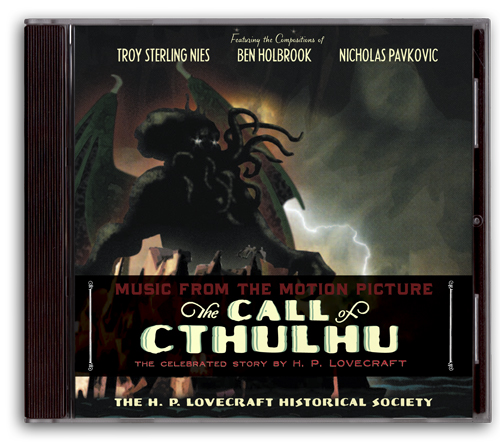 If you haven't seen our movie of "The Call of Cthulhu", check out the Call of Cthulhu Combo, which features the DVD, soundtrack album, film poster, vintage style theater program, bonus prop newspaper clippings and a t-shirt!

For your very own replica of the Eskimo Cthulhu idol, check this out! For PDF versions of all the documents in Professor Angell's Cthulhu Cult file that you can print yourself, go here!

For your enjoyment, we present free PDF downloads of the final recording script and liner notes of The Call of Cthulhu. Note: this script is only for use for reading along with Dark Adventure Radio Theatre; no performance of the script may be made without written consent of the HPLHS. 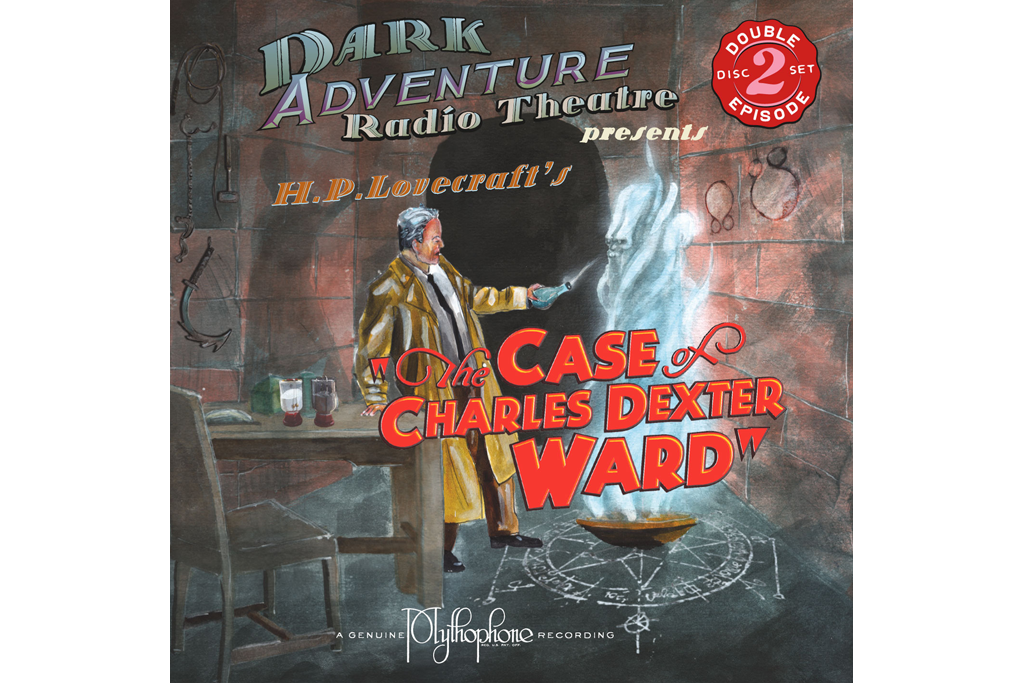 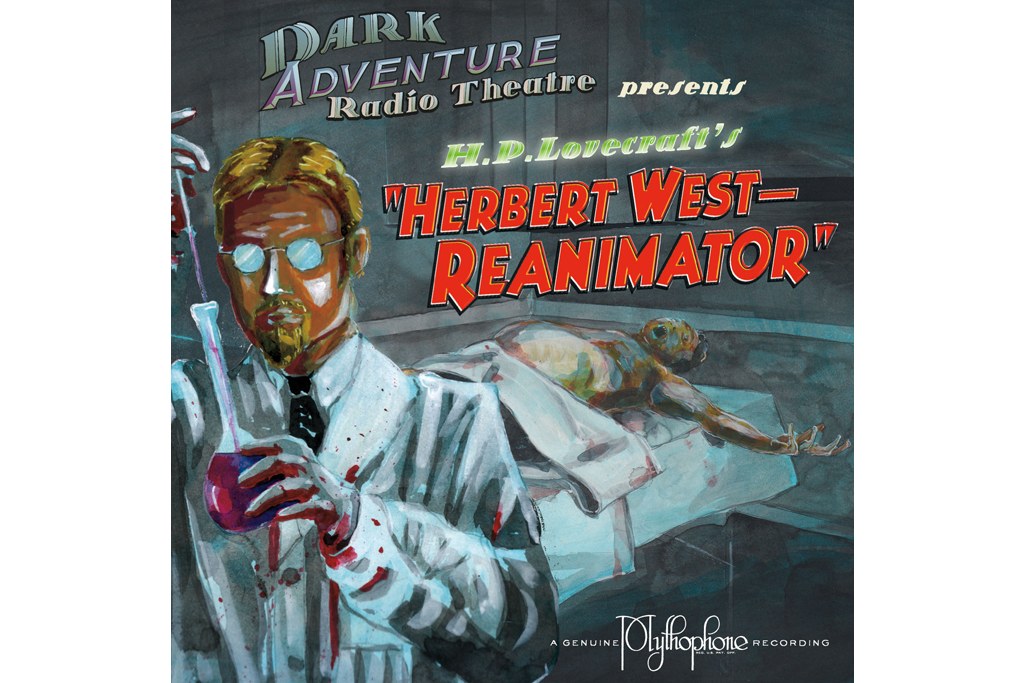 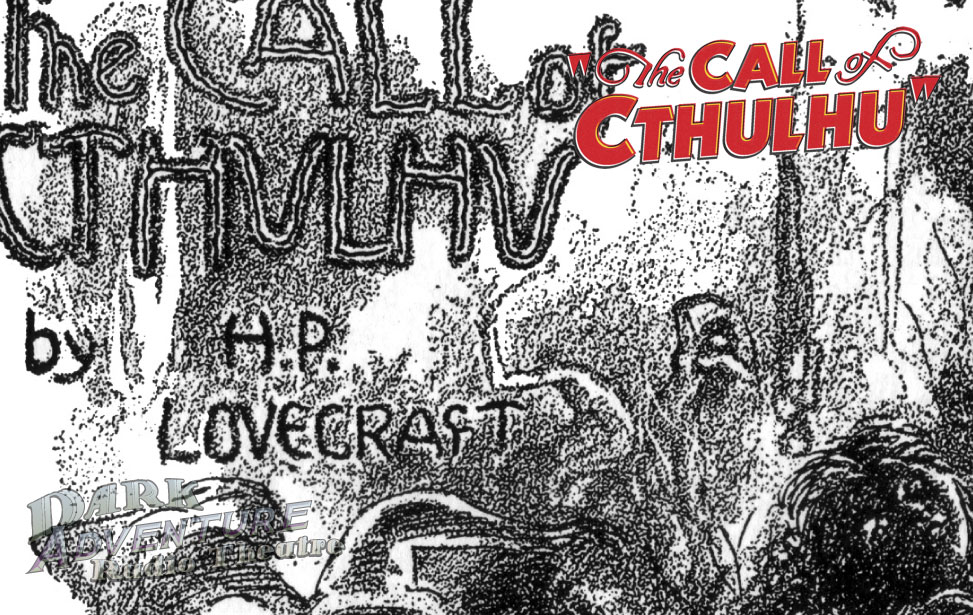 Liner Notes
The Call of Cthulhu