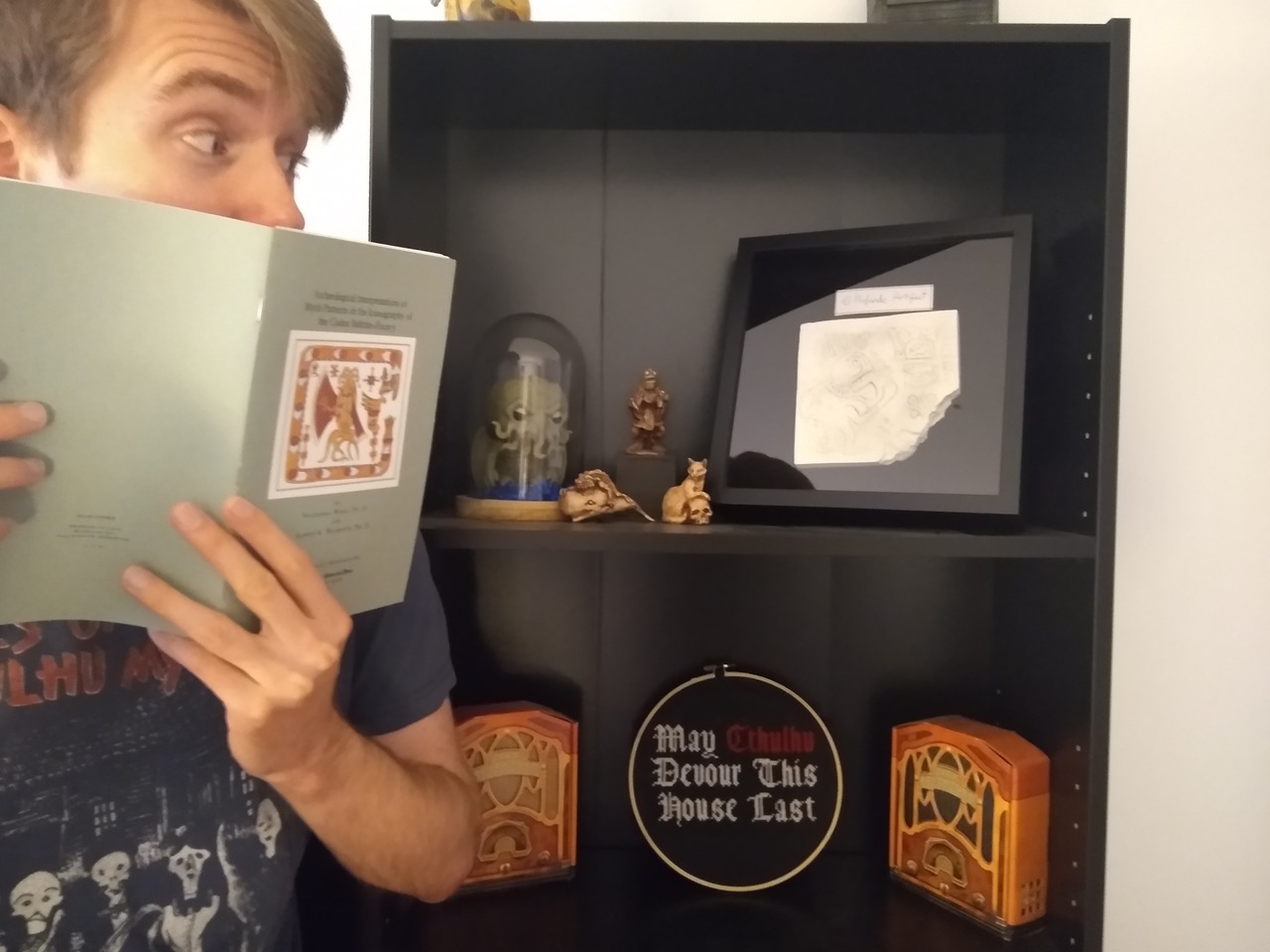 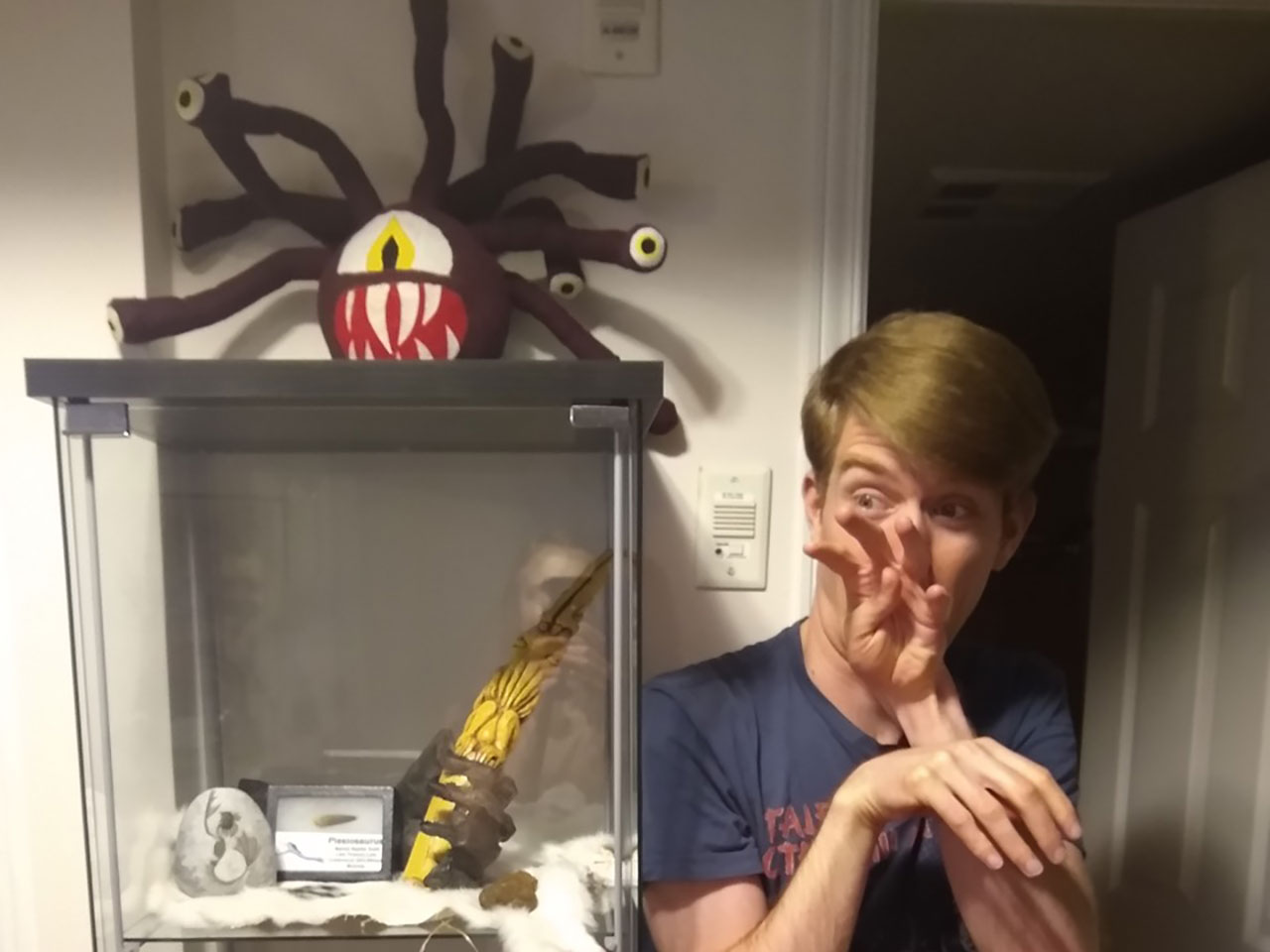 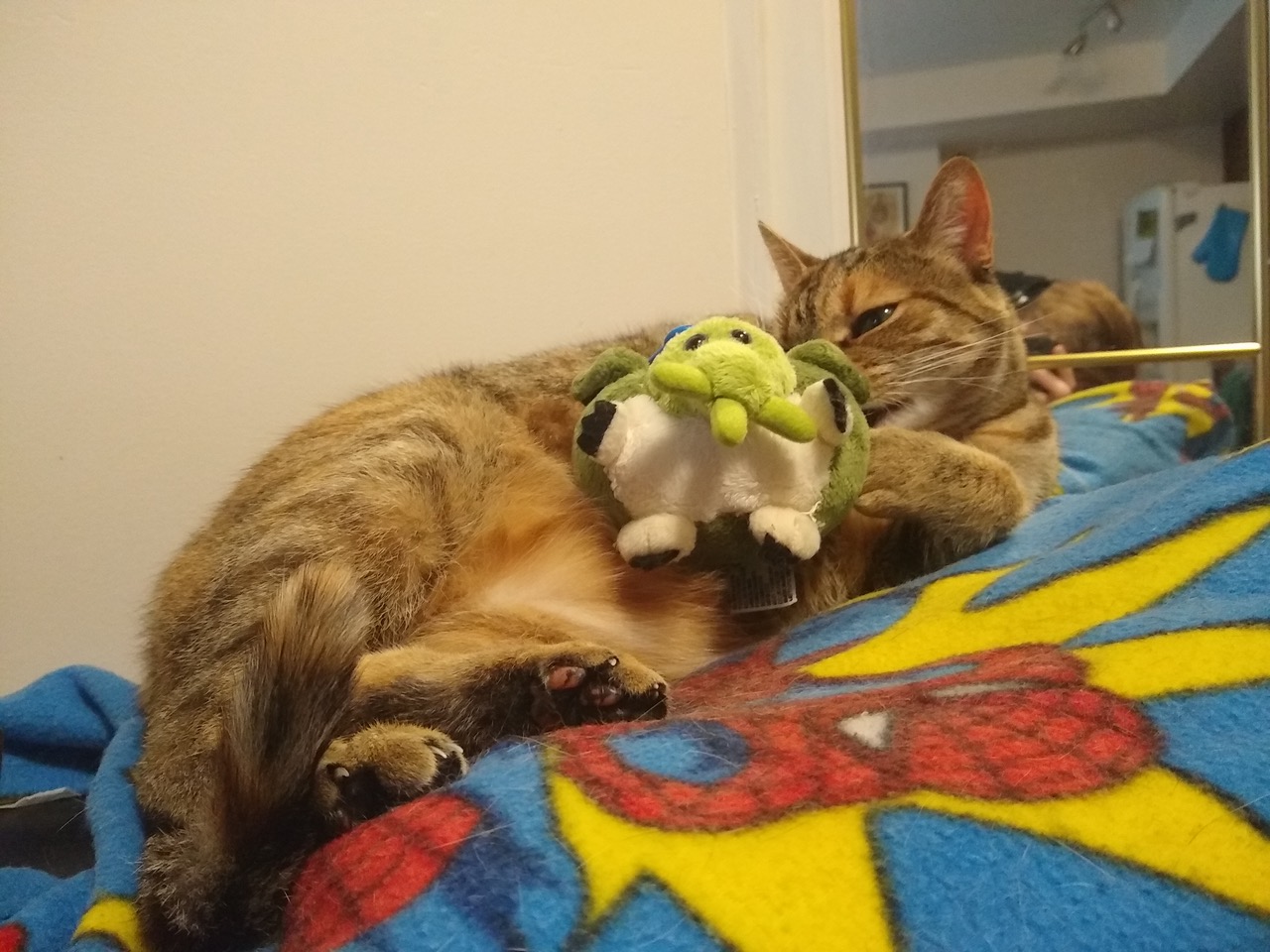 Our Member of the Month for May, 2021 is Nathan Sells of Ottawa, Canada.

Nathan says: "I first found my way to Lovecraftiana in 2007. I perused the stacks of my local library beset with the questions that haunt all middle-schoolers, like “Who’s this guy my D&D books keep referencing?” and “What the heck is this word? Why does it have so many consonants?” I found the answers tucked away in a book of short stories where I first read 'The Dreams in the Witch House', a story that remains one of my favourites to this day. That was enough to hook me. I quickly read all the other stories the library system had to offer me, and like any good cultist I began spreading what I found. Lovecraft quickly became a way to connect with new friends, an inspiration for the roleplaying that had drawn me to him in the first place, and a lens through which to explore history.

At some point early in my explorations of Lovecraft I found my way onto the HPLHS website, and…well, there’s a reason I’m still here. Suddenly there weren’t just books to read, but props and movies and radio plays and a whole community of like-minded weirdos. It propelled me deeper into the hobby. The HPLHS is also directly responsible for one of my favourite Lovecraft memories.

When I worked at an overnight camp, I was known to have the best cabin to watch at night. Where other cabins were likely to be full of rambunctious children battling against sleep, the children of mine were quietly gathered around speakers to listen to a chapter of a DART show. Not only did this give me ample time to engage in nameless rituals, it was amazing to watch the general confusion in the dining hall, as a group of ten-year-olds arrived discussing what exactly an Elder Thing looked like, instead of the day’s activities.

I now feel confident answering the questions of my younger self (well, I’m still not sure how to pronounce a few names…) and I prompt fun ones from friends like “Nathan, what’s that on your shelf?” and “Was that NPC Nyarlathotep, again?” It a stage I could never have reached without this wonderful and august community." 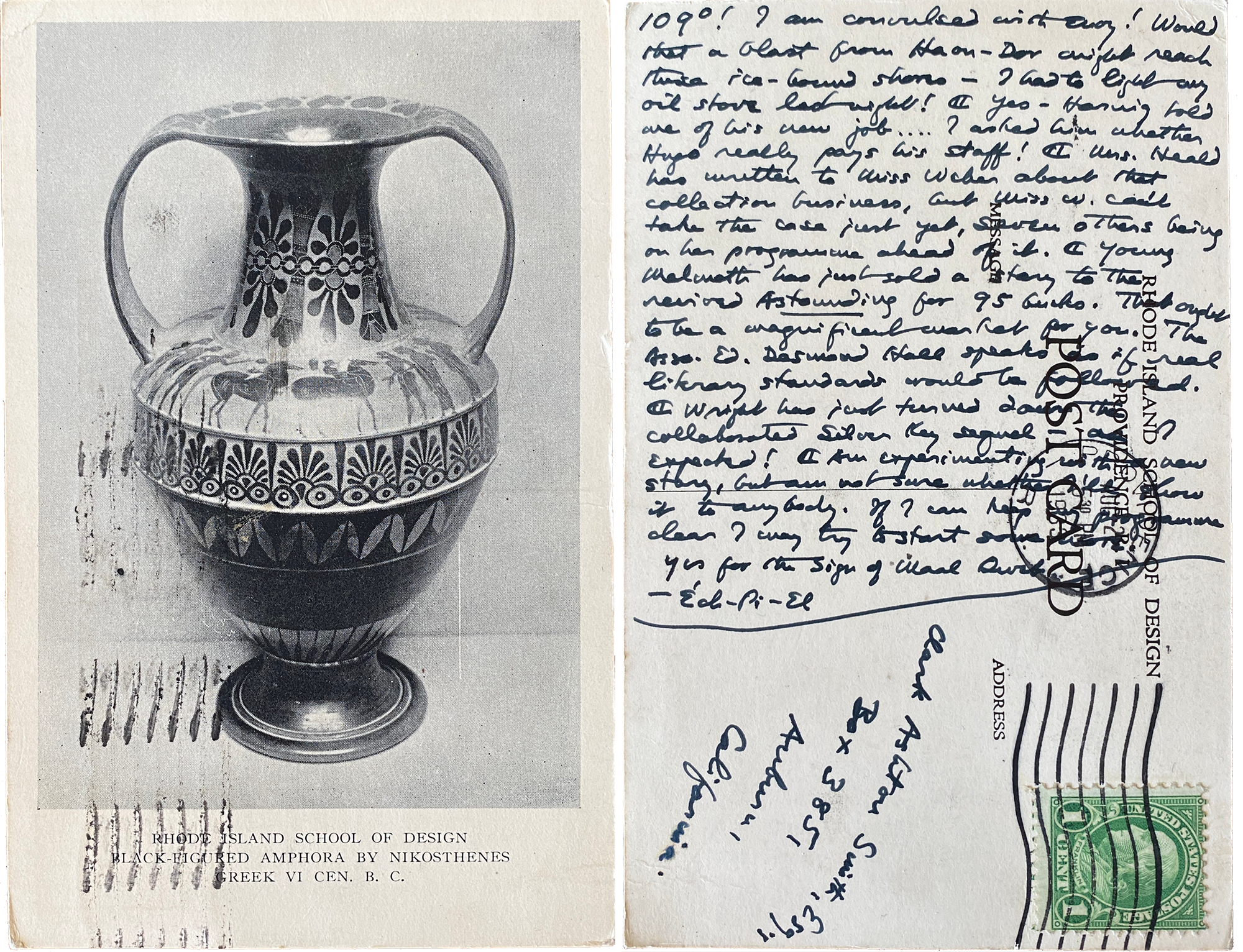 We are very pleased to announce that we have come into possession of a very nifty postcard from HPL to Clark Ashton Smith, postmarked August 2, 1933!

HPL writes: 109°! I am convulsed with envy! Would that a blast from (Haon-Dor) might reach these ice-bound shores — I had to light my oil stove last night! ¶ Yes — Hornig told me of his new job.... I asked him whether Hugo really pays his staff! ¶ Mrs. Heald has written to Miss Weber about that collection business, but Miss W. can't take the case just yet, seven others being on her programme ahead of it. ¶ Young Melmoth has just sold a story to the revived Astounding for 95 bucks. That ought to be a magnificent market for you. The Asst. Ed. Desmond Hall speaks as if real literary standards would be followed. ¶ Wright has just turned down the collaborated Silver Key sequel — as I expected! ¶ Am experimenting with a new story, but am not sure whether I'll show it to anybody. If I can keep my programme clear I may try to start (somewhere). Yrs for the sign of Maal (Owit) —Éch-Pi-El 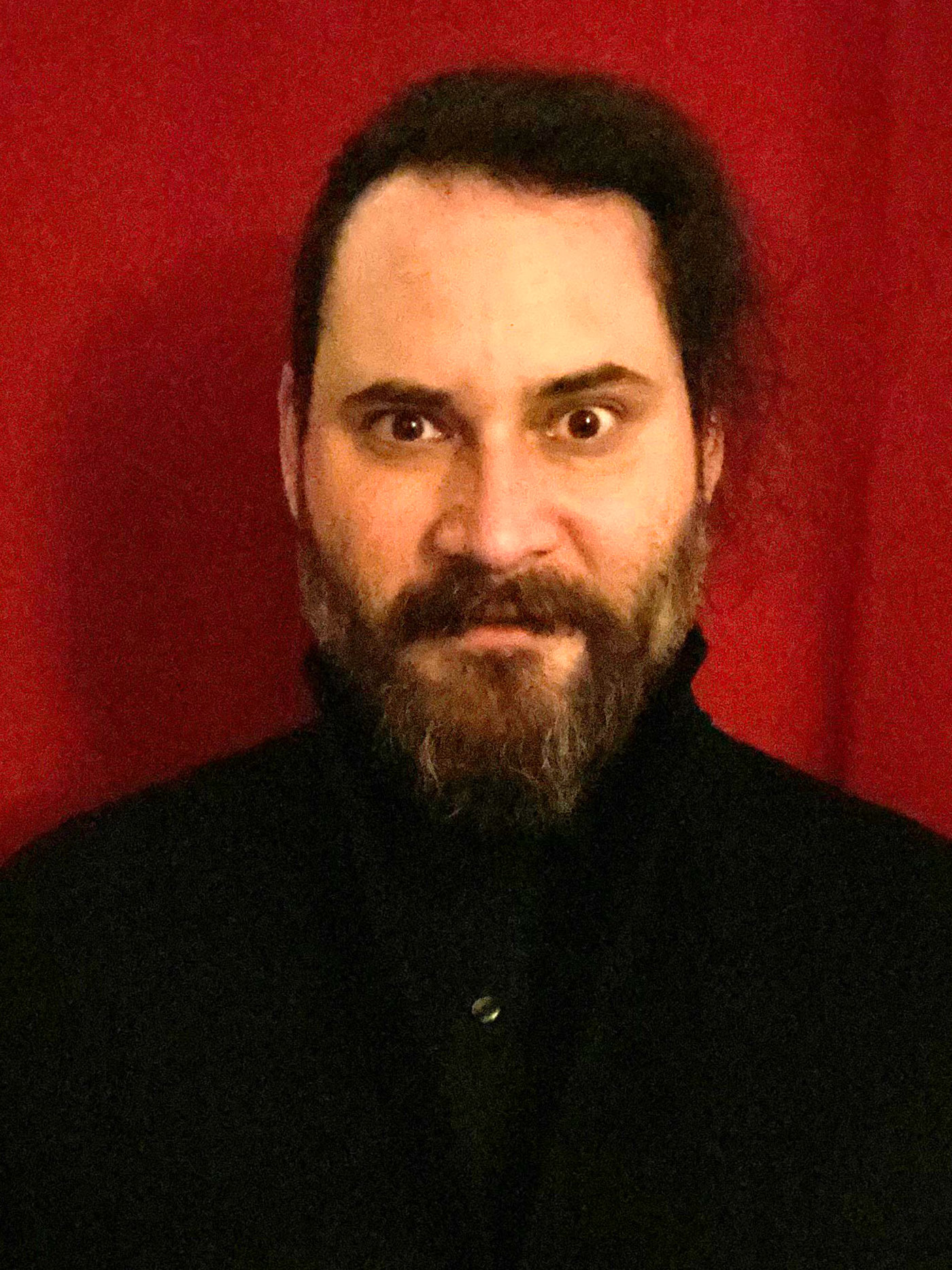 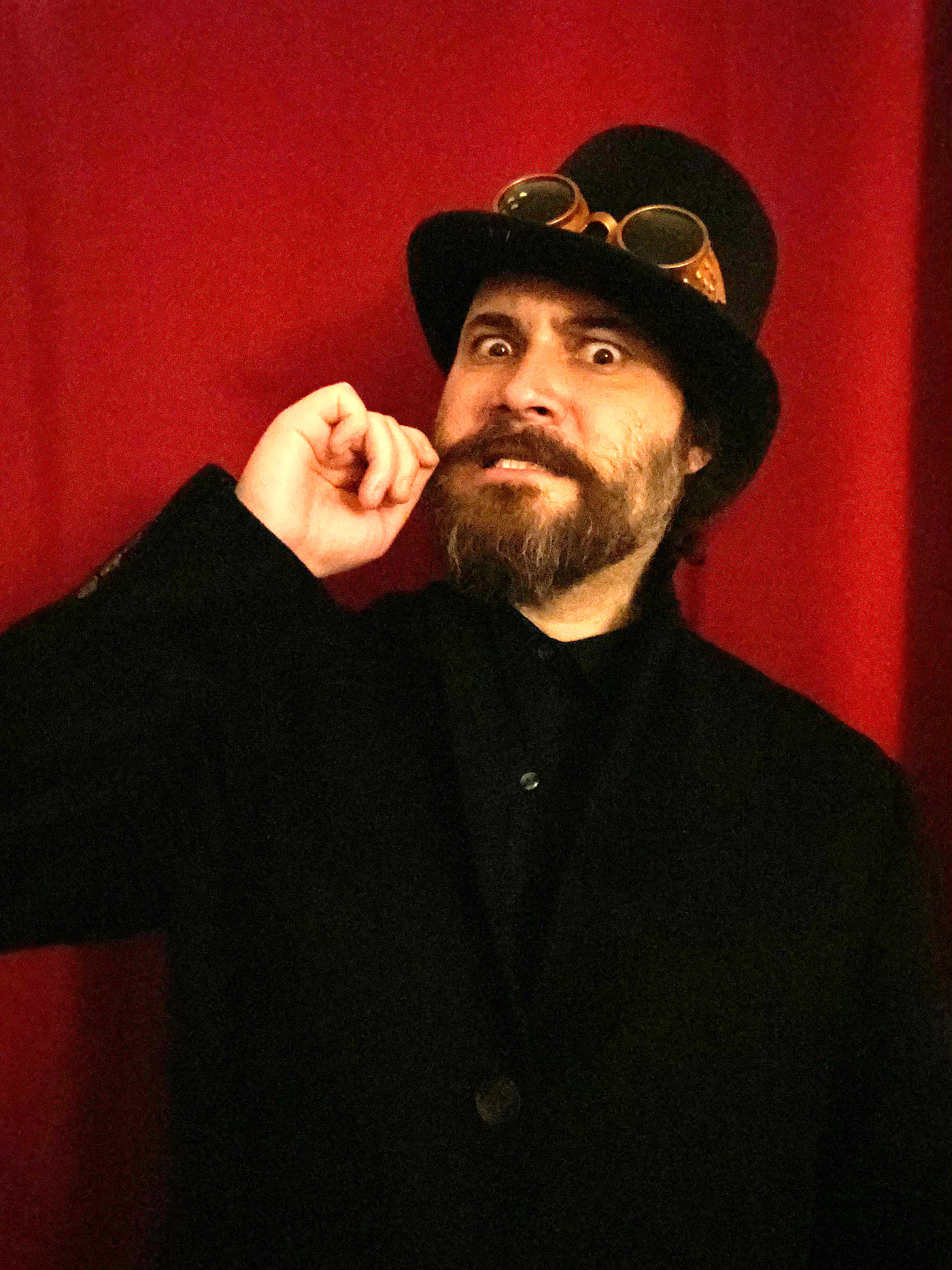 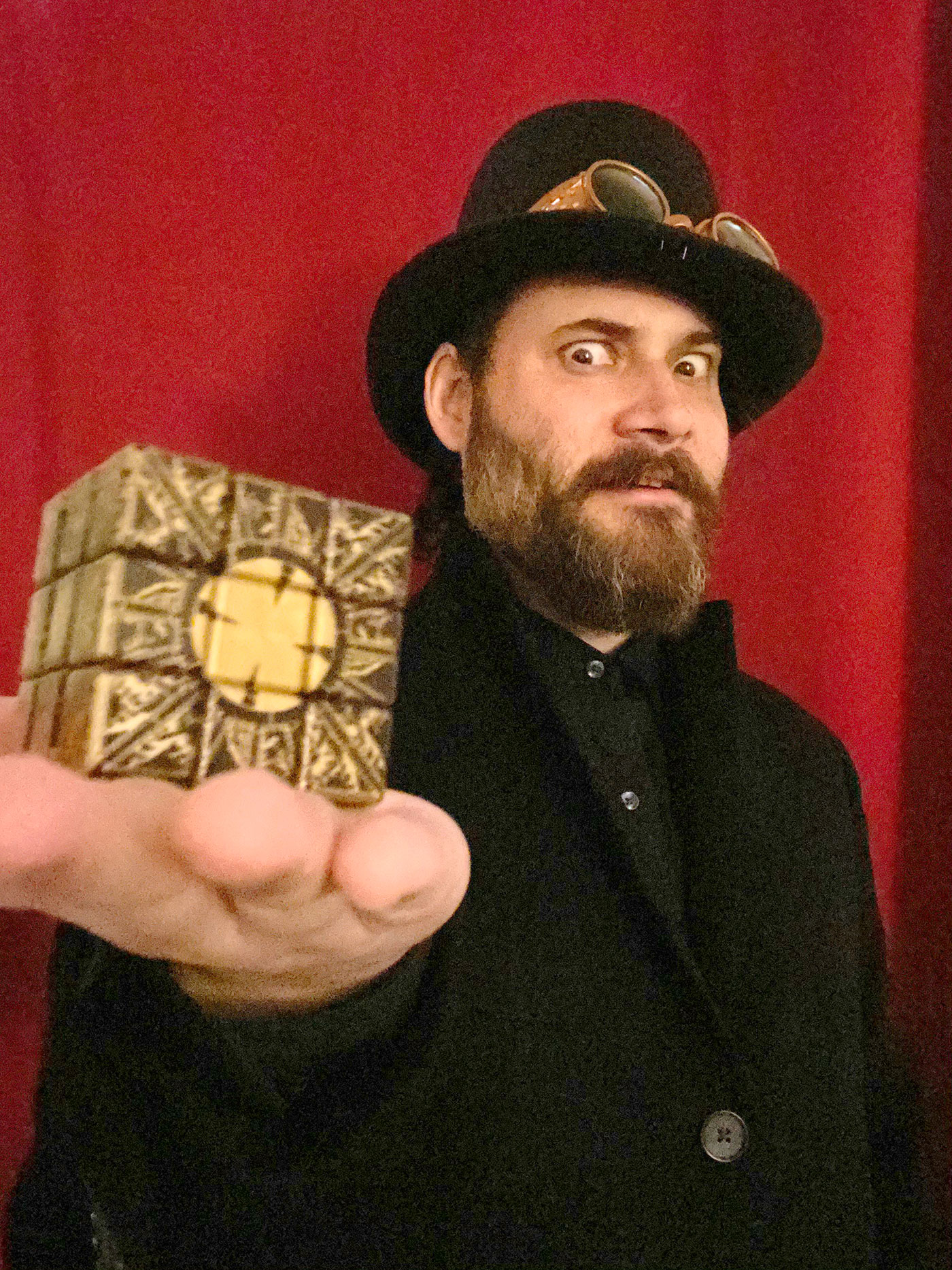 Our Member of the Month for April, 2021 lives in San Francisco, Cal.

His name is Guillermo Uribe, a Miskatonic University dropout. Rumors say that he was found being held in an asylum, his sanity shattered.

It all began in Old Aztec lands, where hideous human sacrifices were held in the name of blood lust gods. An ordinary person, curious about the secrets of nature and mysteries beyond. It was around 2007 when he was playing in a psychobilly band when he became aware about a writer called HP Lovecraft, rumors say that one song from their set depicted stories about unimaginable creatures and horrors; little did he knew the venomous seed was planted in his soul.

It was around 2010 when he befriended some mysterious beings who lured him to become one of the first members of the cult called "Círculo Lovecraftiano & Horror". For some years he kept studying dark and eerie stories regarding unthinkable horror, sharing them with other members of the cult in one of their many monthly pagan rituals. It wasn’t long after, on a cold winter, he became aware of another group of people far away called the HP Lovecraft Historical Society. He started to show symptoms of madness after he spent days hearing hideous melodies about Christmas carols and old documentaries regarding sea expeditions. He needed to know more, he couldn't stop anymore.

Fever dreams about infinite dimensions and non-Euclidean geometry, indescribable beings called him from beyond. He learned to play the bass guitar every evening to make those voices go away, to appease them off. Last time he made contact with relatives he said he was lured by the call from the sea, that he needed to go to a far away place called California, to find the answers to his never ending nightmares.

For many years, nobody heard from him until now. 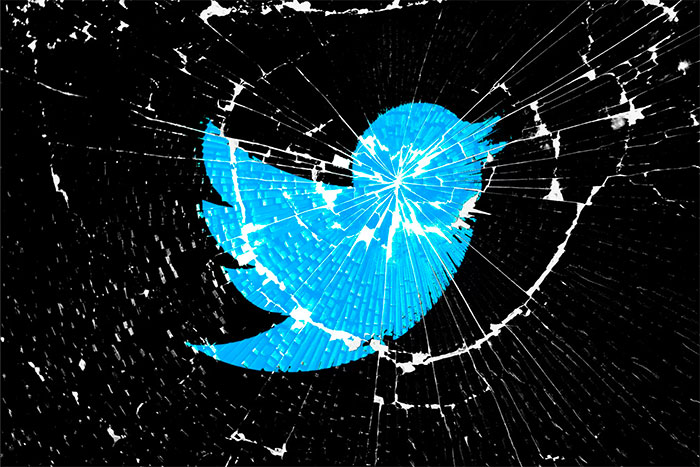 About a month ago the HPLHS Twitter account was hacked and stolen by some miscreant. Repeated efforts to get help from Twitter Support were met with complete silence. Within hours of our discovery of the issue, we were approached by an unknown person offering to "help us get our account back": all we had to do was send this person a DM. We declined to do so, because we feel fairly certain that this person is the thief and was simply trying to shake us down. Since Twitter itself never helped, we have decided to simply start over. Although the hacker stole all our followers and our entire timeline of messages, we still have our original handle, @HPLHS. Thanks to the brave stalwarts who have followed us anew. Apologies to anyone who might have found themselves spammed by the thief. May hordes of Nightgaunts descend upon him/her/them. 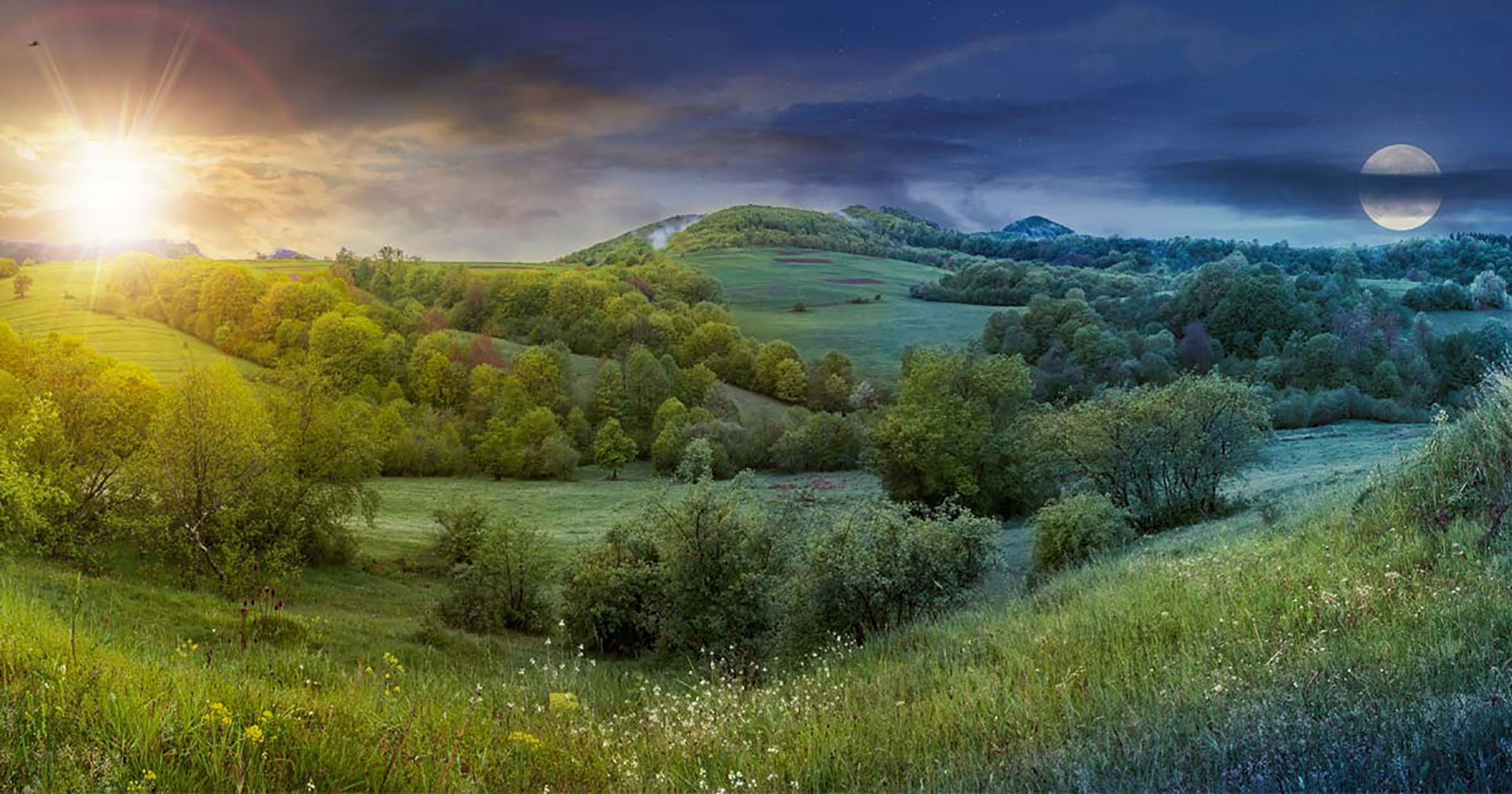 Wishing our Northern Hemisphere friends a very happy Spring, and those in the Southern Hemisphere a lovely autumn! We are cooking up several new projects here at headquarters and hope to be making some fun announcements here very soon! 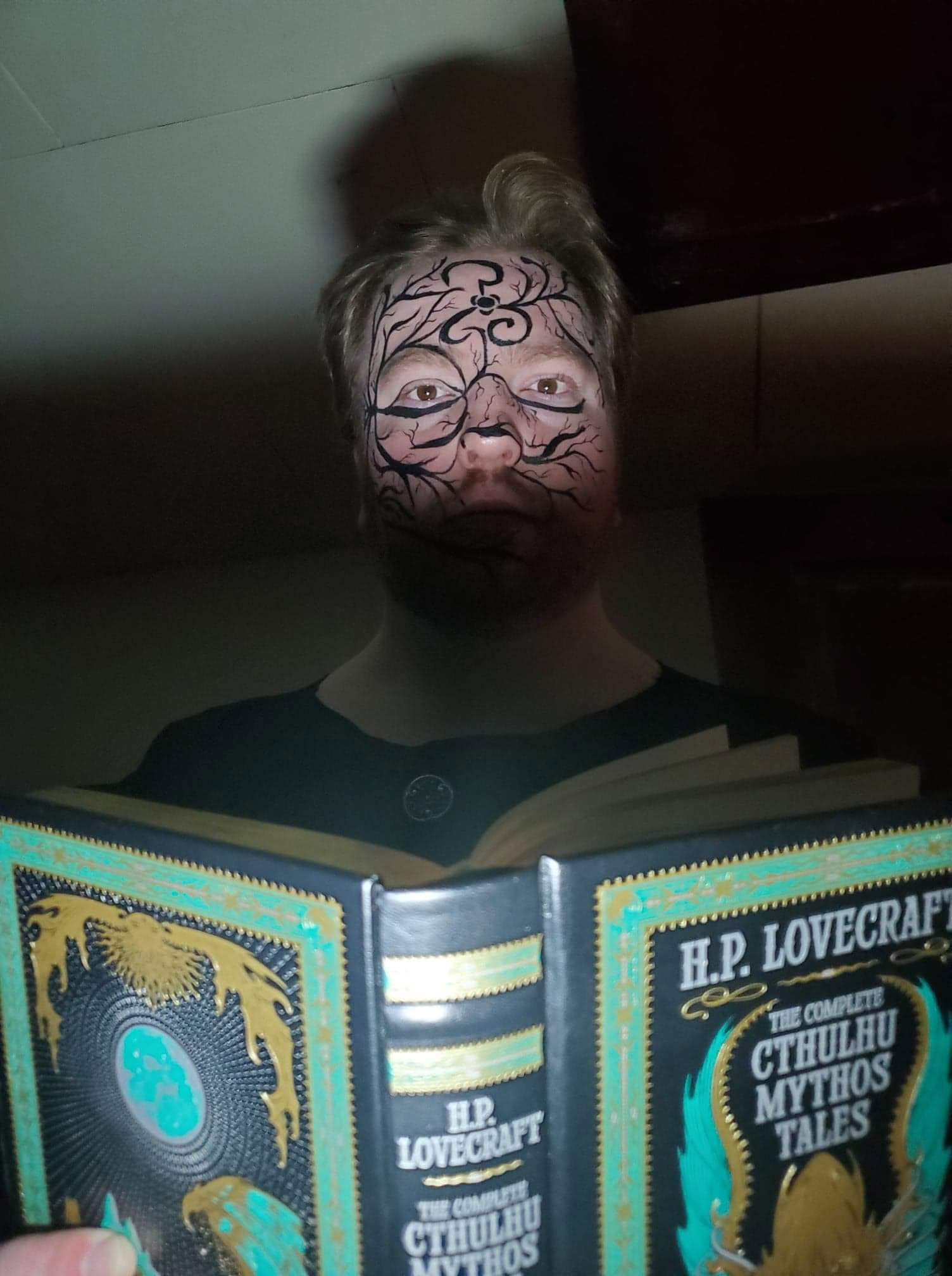 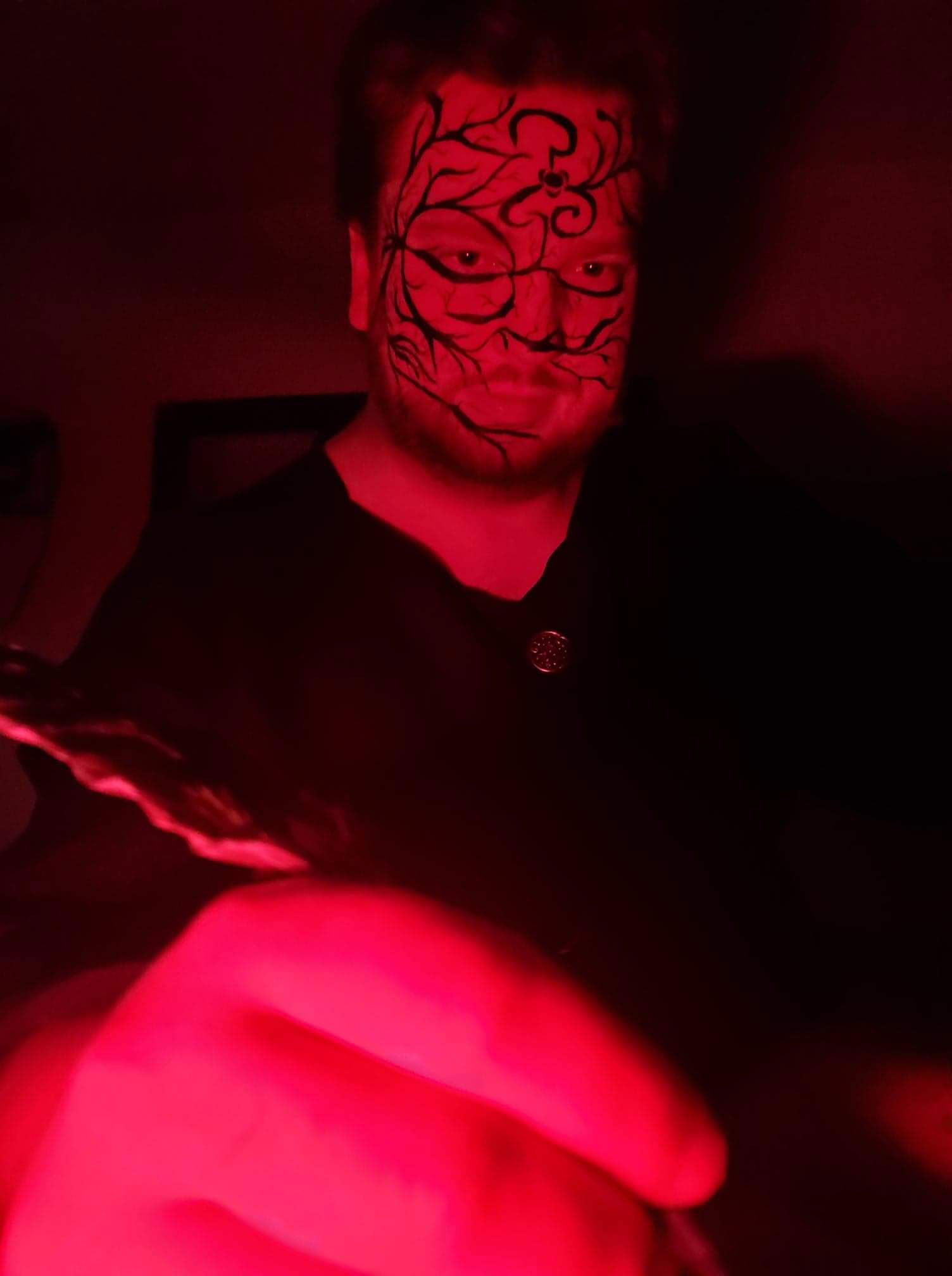 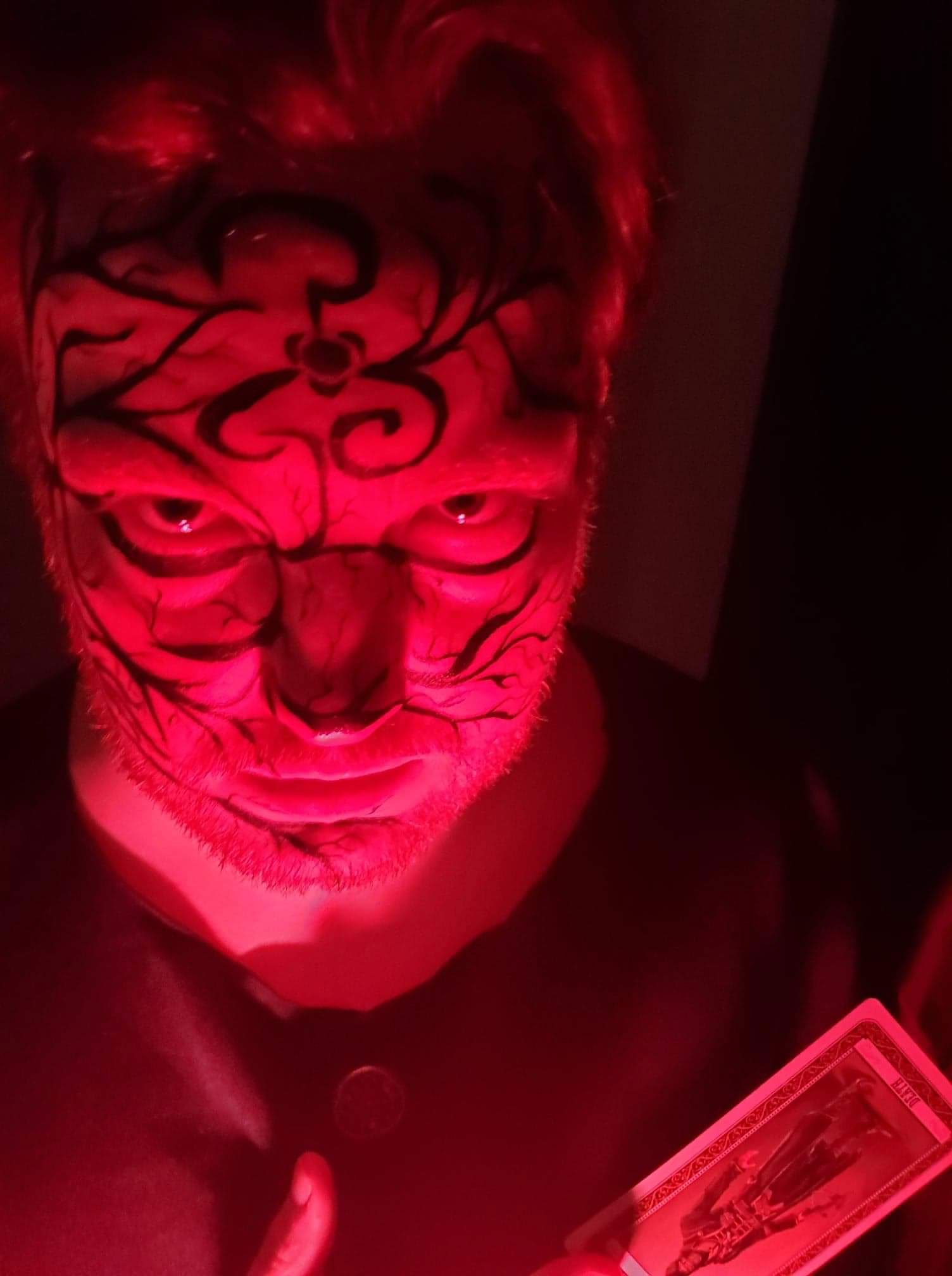 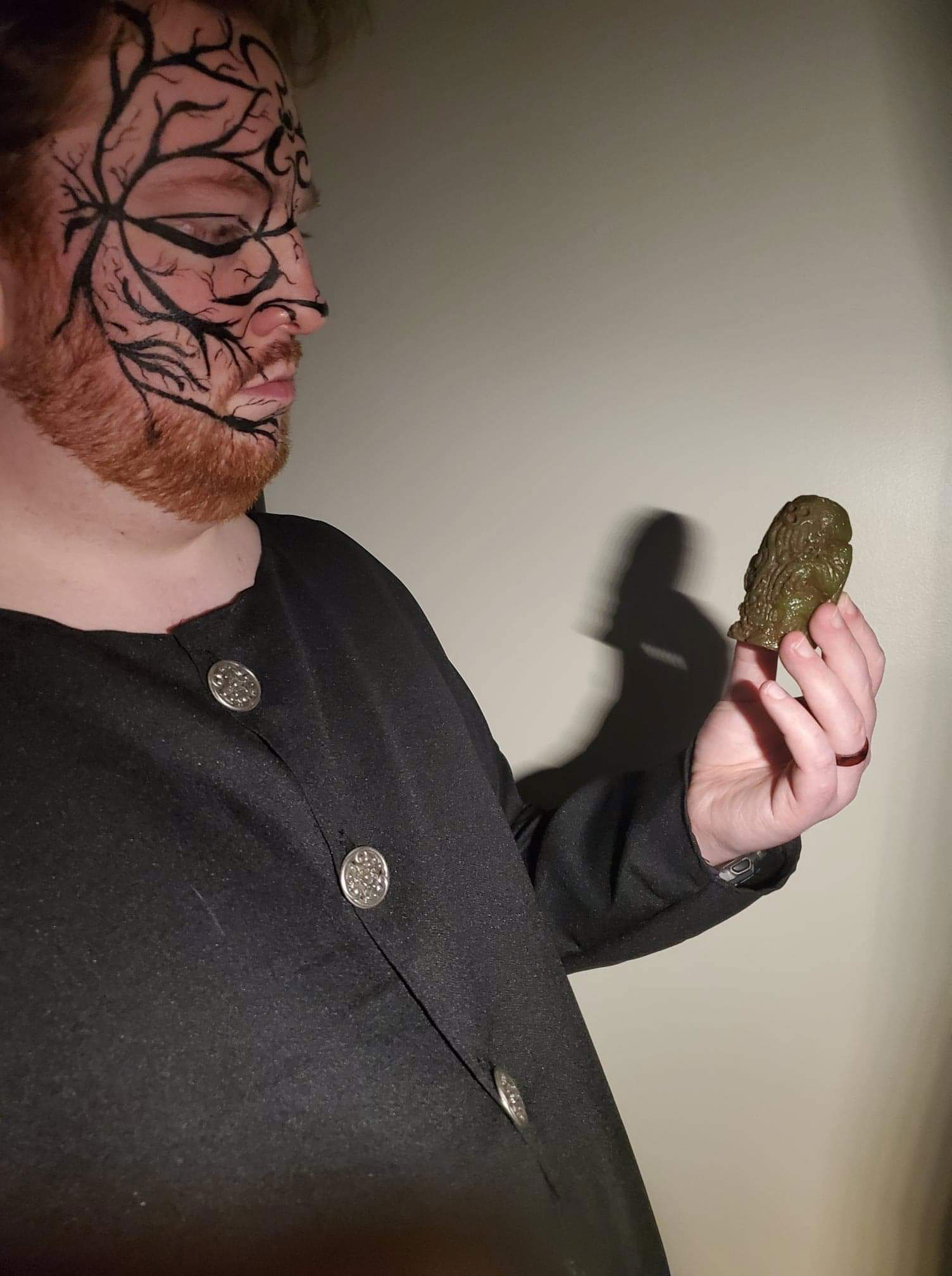 Our Member of the Month for March, 2021 is Joshua Willenbring, of Kenosha, Wisconsin.

Joshua says: "In one form or another horror has almost always been a part of my life. Growing up my father was — and still is — a big fan of B-list horror movies. So watching all those overly gory, jump scare style movies you would think I was a huge horror buff. What happened was exactly the opposite; it actually put me off horror. It all felt too samey: scary man kills dumb teenagers, dumb teenagers escape or all die. I eschewed the genre entirely until high-school. It was there I started seriously reading Poe, and found out that I actually did enjoy horror. The difference being that I could put my own imagination to work on what was happening. This only got better as “Cthulhu Fever” hit my school. I had been on the fringes of that fever and didn't really dive into it. I enjoyed the surface knowledge and jokes my friends and I made. It wasn't until a few years ago that I told myself it was time to knuckle down and actually read the mythos stories. My progress has admittedly been slow but I understand more of the jokes now!

I actually found out about the HPLHS because I started running Call of Cthulhu online for some friends. I was looking for The Masks of Nyarlathotep module and found the prop set here. Then found the D.A.R.T. plays, and before I knew it I was planning listening sessions for my gaming group. It's been a lot of fun writing out scenarios for my players, as most of them have no background with Lovecraft's work. So just about anything I throw at them is shocking and new, and I haven't even touched most of the mythos creatures...yet. I do hope one day to properly emulate a mythos story into a session, and achieve the same mind bending horror the story conveys. ​

Overall my admittedly short time in the society has been great. I love the creativity and memorabilia that's sprung up from the group (I absolutely love the Innsmouth Sea Shanties). I really only have two concerns about my continued membership. One, that I find enough shelf space to accommodate my new addiction. Two, that I never see any slightly hunched dark figures emerging from Lake Michigan (I live very close to the shore).” 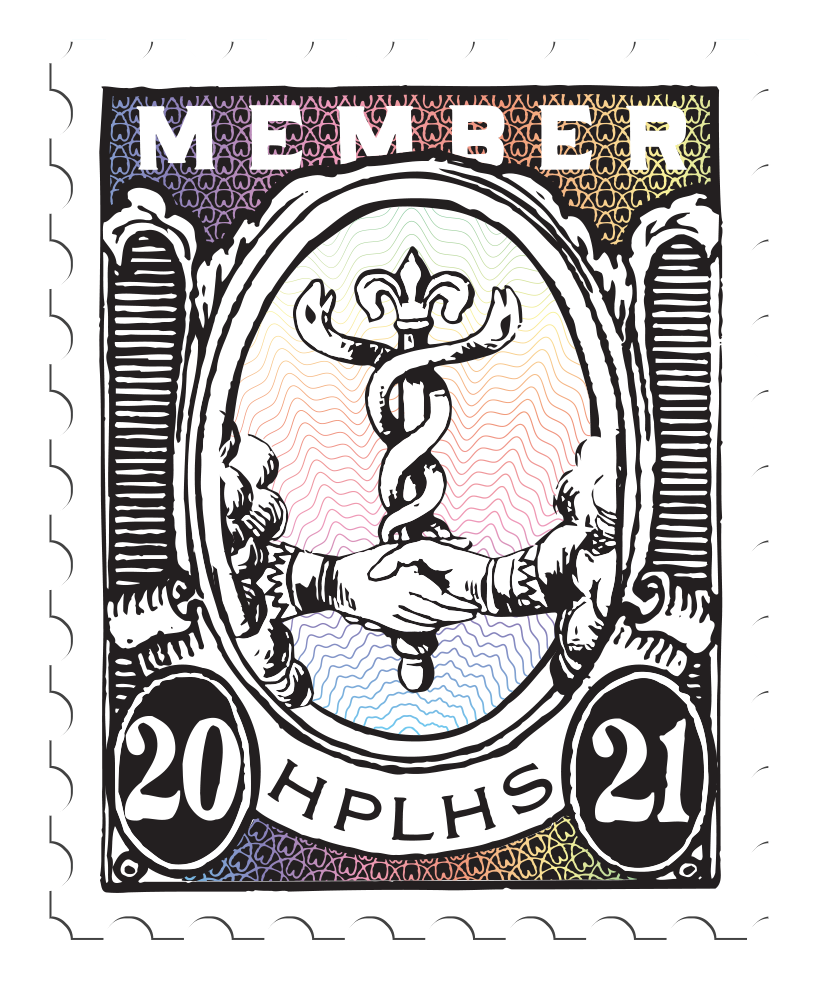 The official membership renewal stamp for 2021 is now available. With the rod of Asclepius and a pair of shaking hands, the design is meant to convey a hope for healing and unity in the year ahead. All members who join or renew after today's date will be getting the new stamp on their documents.