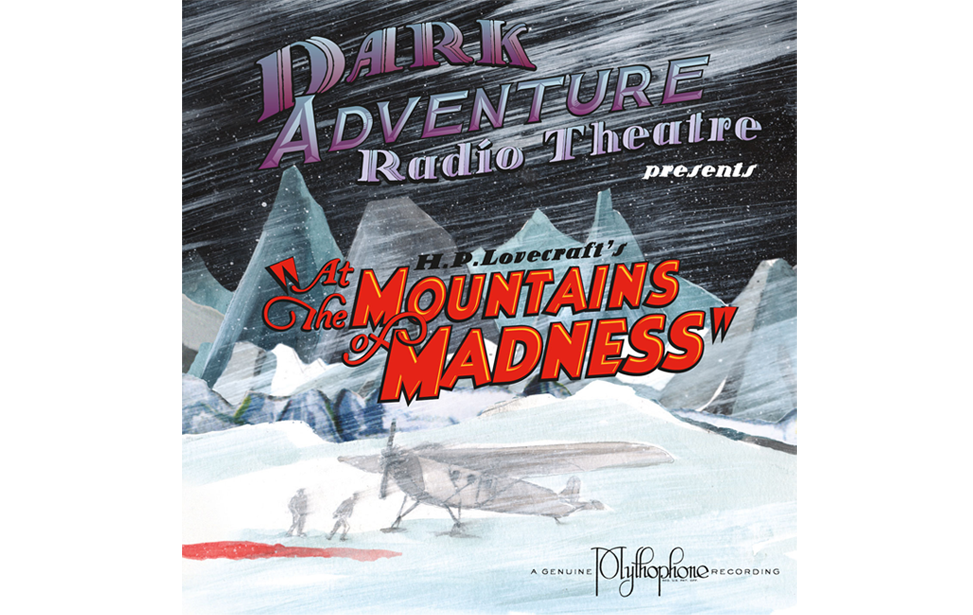 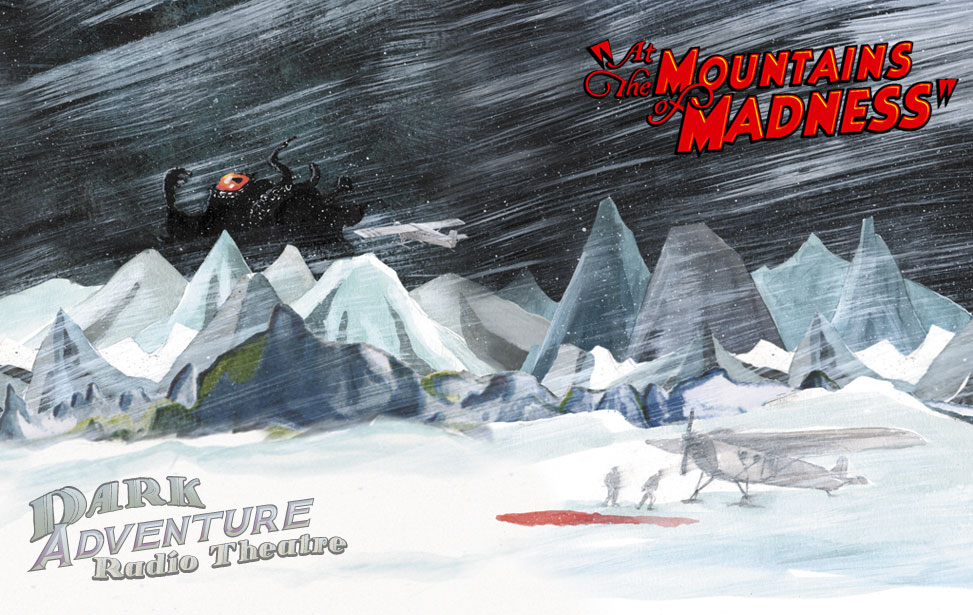 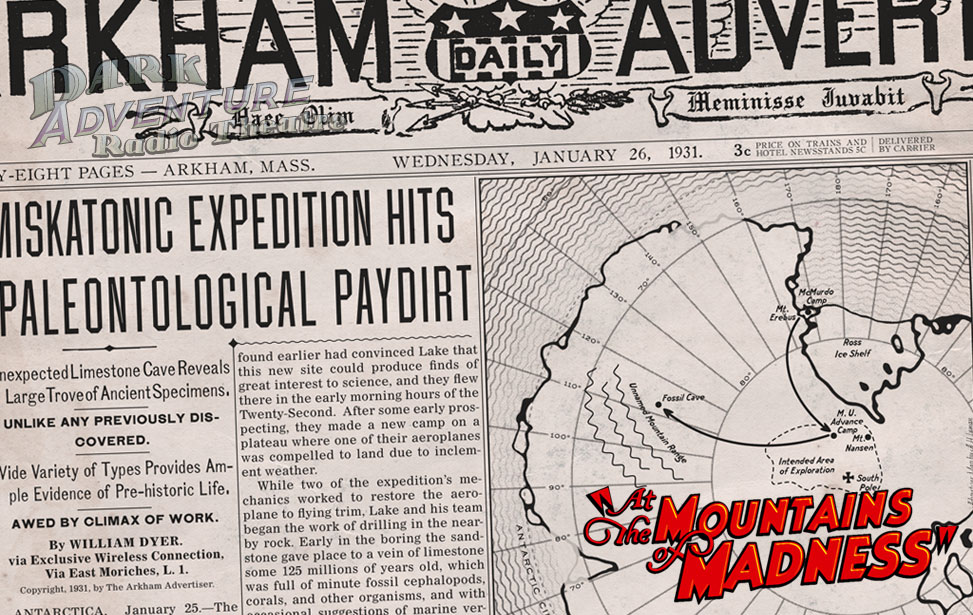 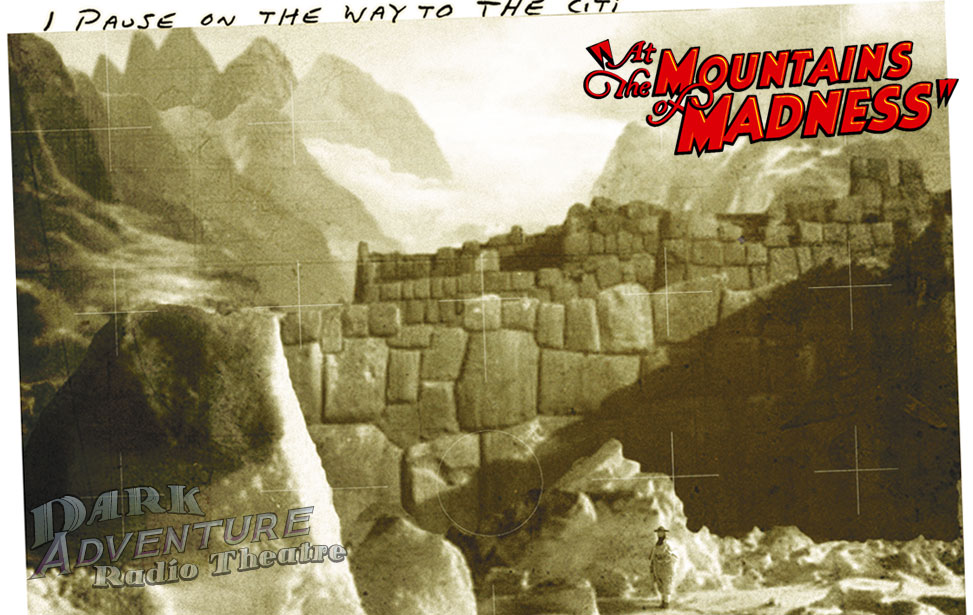 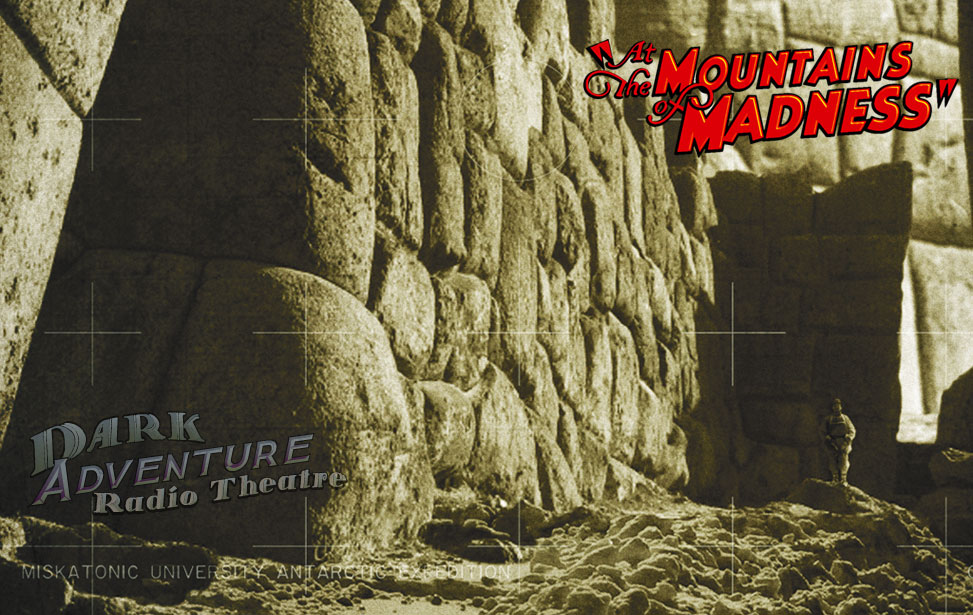 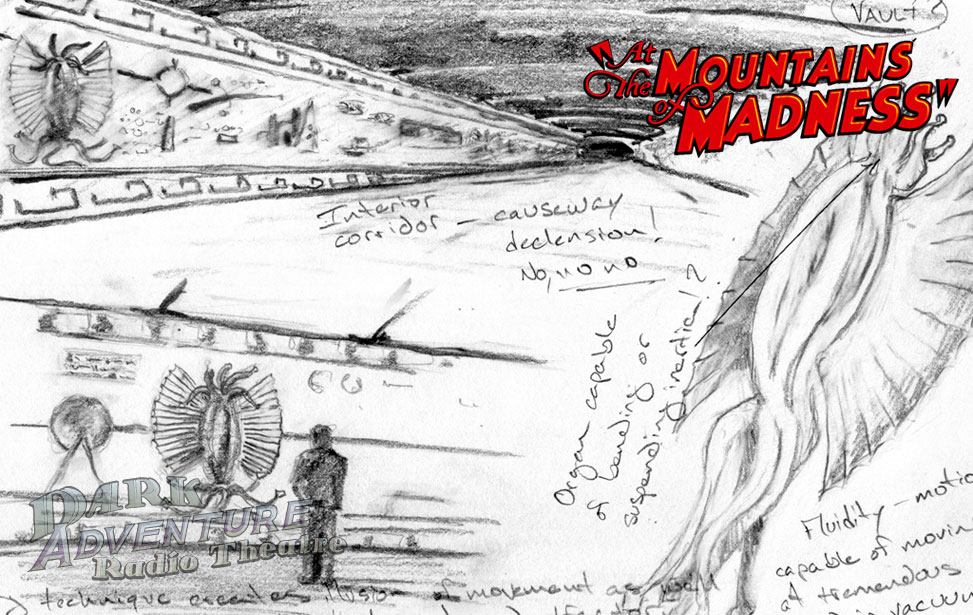 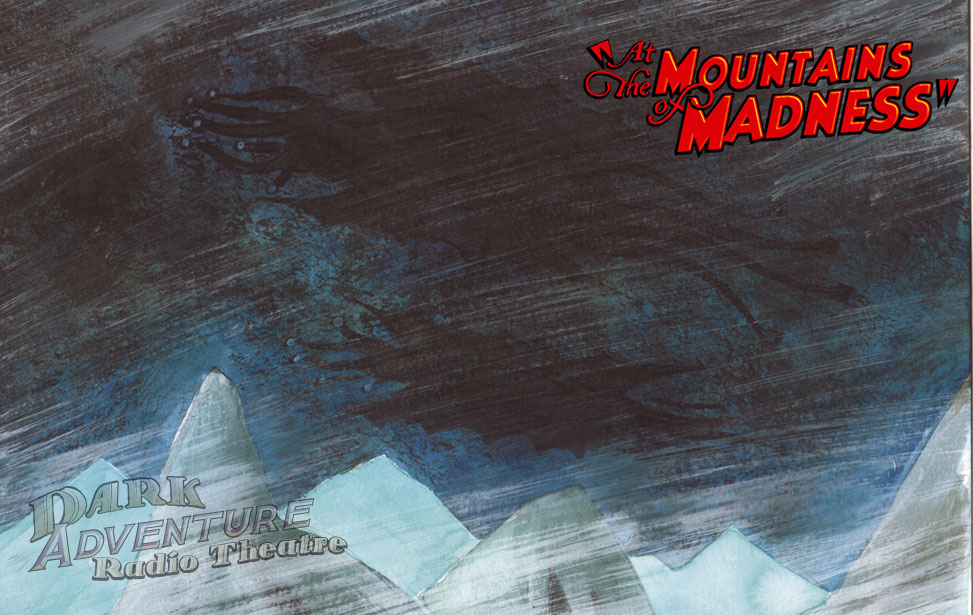 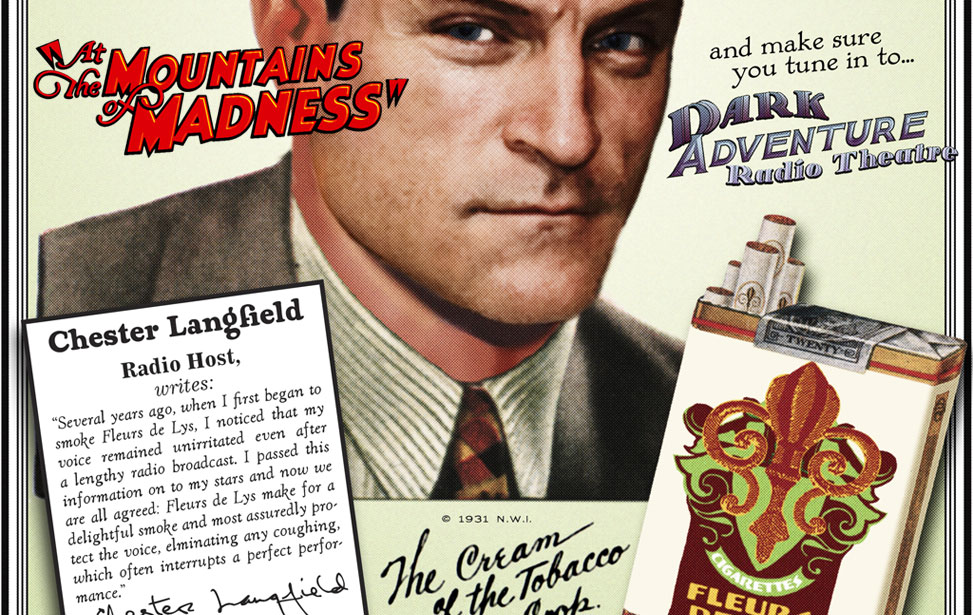 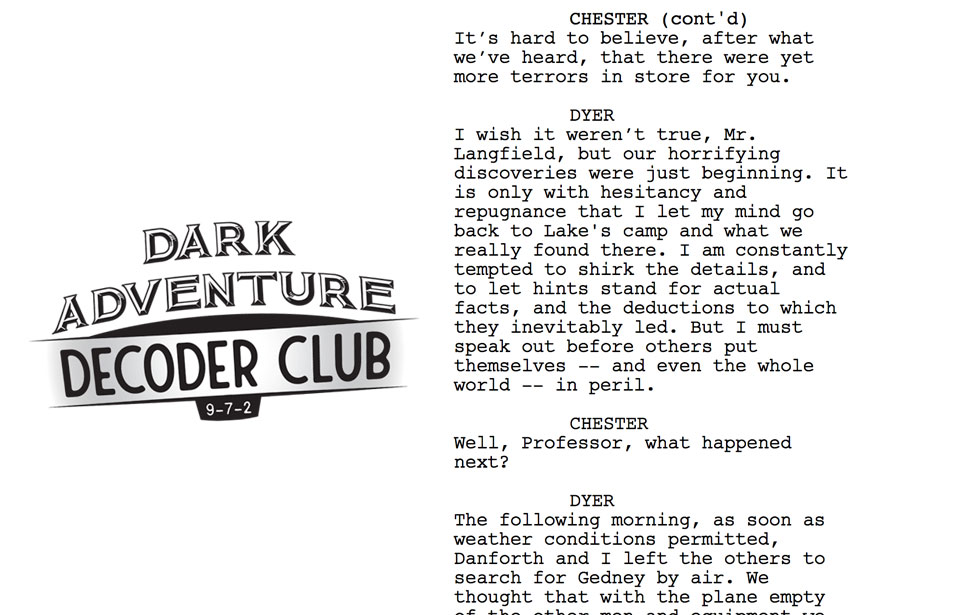 At the Mountains of Madness

Scientists from Massachusetts' Miskatonic University set out on an expedition to uncharted regions of the Antarctic continent. There, the expedition meets tragedy and its survivors uncover cosmic horrors beyond all measure.

Lovecraft considered At the Mountains of Madness to be his best and most ambitious story. One of his longest tales, this story languished for more than five years before it was first published in Astounding Stories magazine.

Our old-time radio adaptation features a cast of professional actors, exciting sound effects and a thrilling original musical score by Troy Sterling Nies (composer for The Call of Cthulhu).

To enhance your listening pleasure, the HPLHS has packed the jewel case for At the Mountains of Madness with carefully created props from the story. You'll have

An expedition to the Antarctic requires abundant supplies. We can't offer sled dogs, but we do have a few bonus items that might appeal to your sense of adventure: Miskatonic Antarctic Expedition Hoodie keeps you warm in the bracing Antarctic breeze. Or the Mountains of Madness combo pack - get the CD, the poster, the deluxe sweatshirt and a personalized letter from Prof. Dyer rejecting your application to join the expedition.

As a special feature for the 2013 H. P. Lovecraft Film Festival in Portland, we put together a newsreel about the doomed Miskatonic expedition. It features a mix of real newsreel footage and HPLHS material to tell the story of what happened, or at least as much as was released to the public. It covers parts of the tale revealed in the first chapter of the DART show.

Finally, for your enjoyment, we present free PDF downloads of the final recording script and liner notes of At the Mountains of Madness. Note: this script is only for use for reading along with Dark Adventure Radio Theatre; no performance of the script may be made without written consent of the HPLHS. 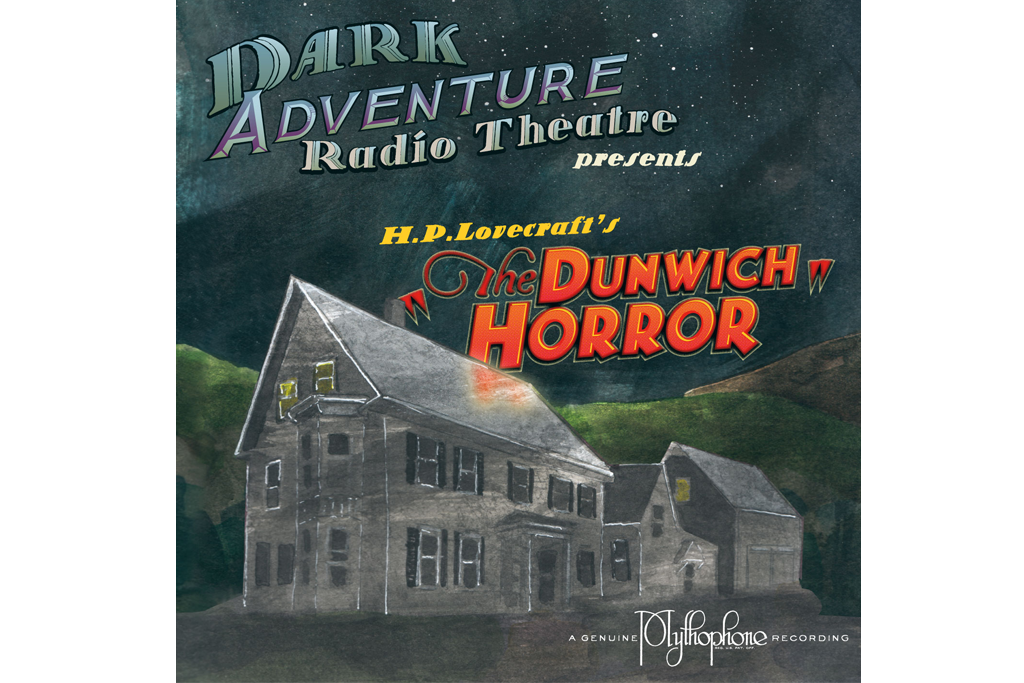 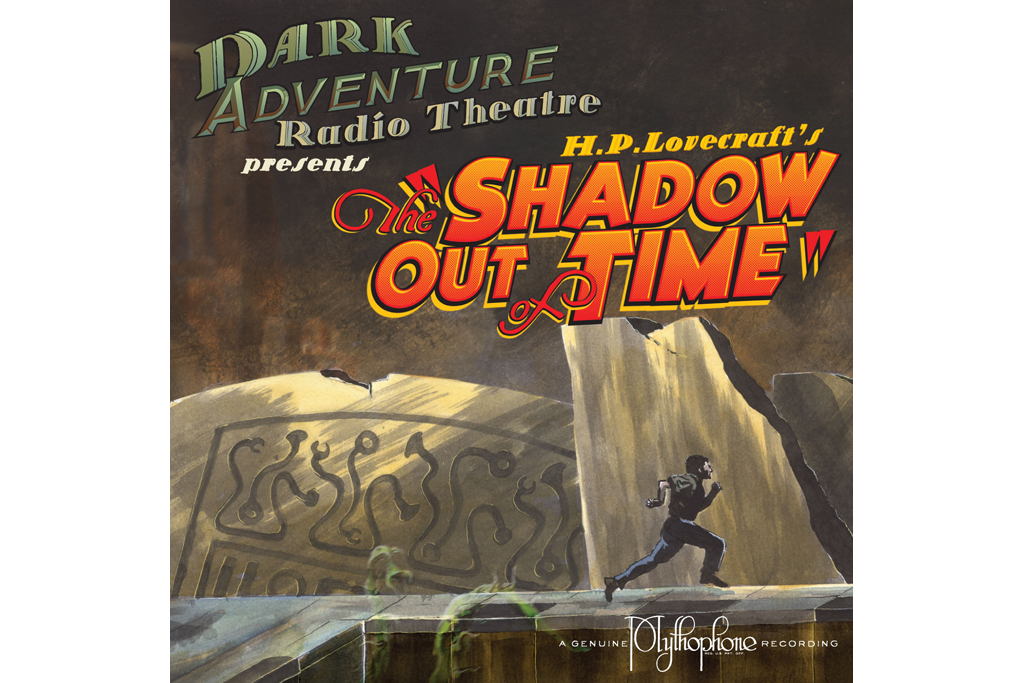 Episode 3
The Shadow Out of Time 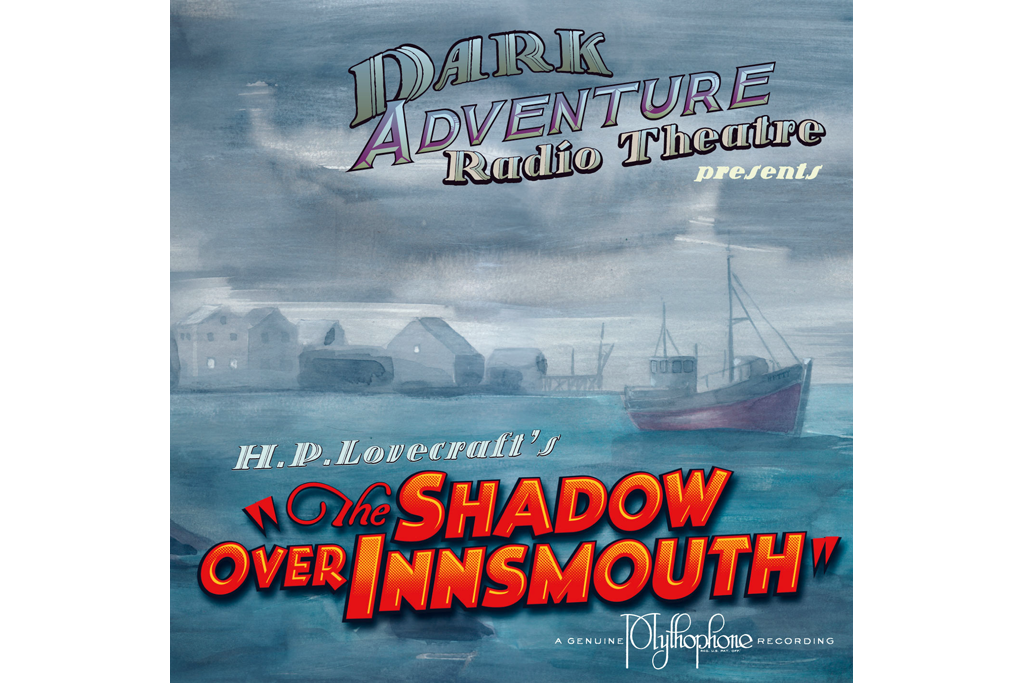 Episode 4
The Shadow Over Innsmouth 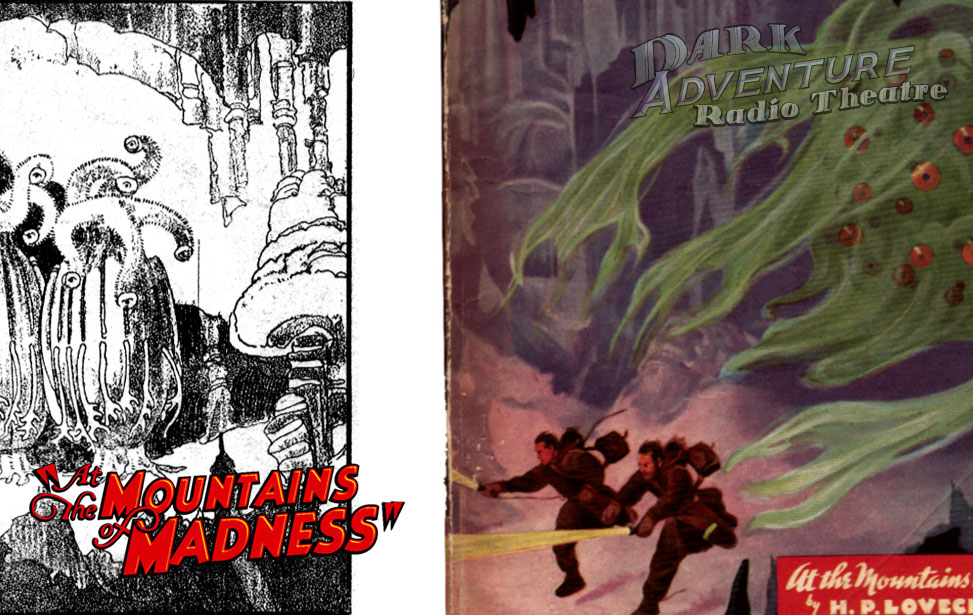 Liner Notes
At the Mountains of Madness